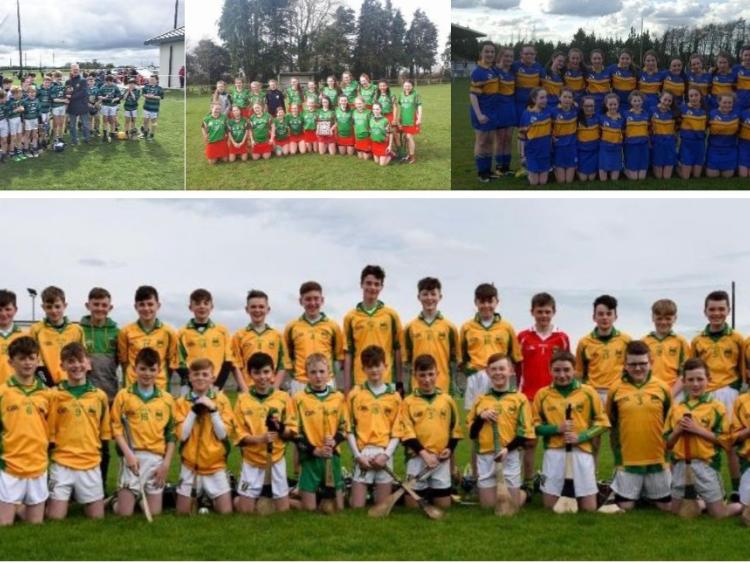 Offaly teams through to Feile semi-finals

Editors Note: this story has been updated to show that CRC have made the semi-finals.

Offaly teams are flying at the 2018 Feile na nGael with four teams still involved heading into the semi-finals on Sunday.

Kilcormac/Killoughey will face Ballinascreen in the Division 2 Cup semi-final at 1pm tomorrow in the Connacht GAA Centre. K/K topped their group with two wins from three games and then overcame Oranmore-Maree by 3-6 to 0-3 in the quarter-final.

Meanwhile the combination of Clara/Brosna Gaels had a great win in their Division 7 Cup quarter-final where they overcame Ath\Tremane by 2-9 to 0-2. They will face Na Fianna in Kiltormer at 1.45pm.

Birr are also through to the semi-finals in the Division 2 Cup in Camogie. They cruised into the quarter-finals where they had another impressive 4-6 to 0-0 win over St Colmans.

St Rynagh's will also be in action on Sunday in the Division 4 semi-final on Sunday after a 6-7 to 1-1 win over Kilmessin.

CRC Gaels topped their group with three wins from three games and went on to the Division 4 quarter-final. They won in the last eight by 2-5 to 0-3 against Rahoon-Newcastle.