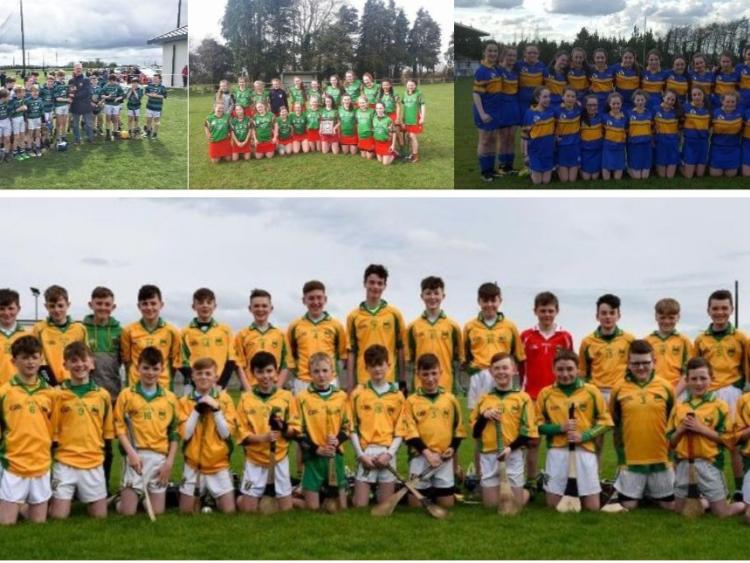 Offaly teams setting off on road to Feile na nGael

The five Offaly teams taking part in the 2018 Feile na nGael have each played two games and some of the sides have made very impressive starts.

Kilcormac/Killoughey are in Division 2 Hurling Group C and they began with a 2-13 0-1 victory over Ardrahan. They followed that up with a narrow 0-6 to 0-5 win over Ballyduff. With two wins from two, it puts them in an incredibly strong position.

CRC Gaels are in Division 4 Group B and they have made a hugely impressive start with two big wins scoring 10 goals over their two games. They opened with a 6-7 to 1-5 win over St Thomas and followed up with a 4-13 to 1-1 win over Naomh Gall. Their final group game is against Salthill-Knocknacarra who have lost their first two games.

The combination of Clara/Brosna Gaels are in Division 7 Group D. They opened with a big win over Naomh Eamon by 6-14 to 0-1 and followed up with a 4-5 to 1-3 win over Cootehill. Their final group game is against Castlebar Mitchels.

Birr are in Camogie Division 2 Group 2 and they are unbeaten going into Saturday. They started with a 1-5 to 1-3 win over Raharney before battling to a draw against Antrim side Ballycastle. They are in a strong position to make the quarter-finals.

St Rynagh's are in Camogie Division 4 Group D. They lost their opening game to Portumna and lost narrowly to Laois side O'Moore's in their second outing.

Check back tomorrow for more results and details on how the Offaly teams are doing at the 2018 Feile na nGael.