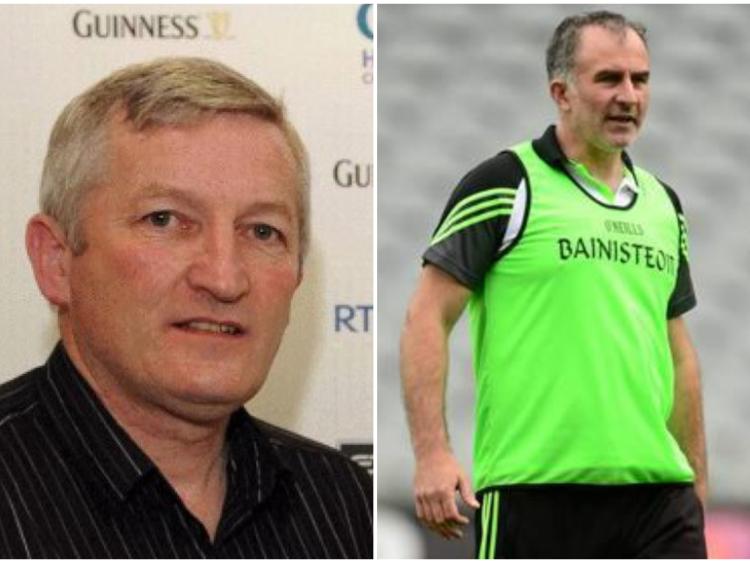 OPINION: The failings of Offaly GAA rest with County Board, not the managers

In an opinion piece last year, before Kevin Martin and Stephen Wallace had been announced as the respective Offaly senior hurling and football managers, our reporter Justin Kelly wrote the following about the 'lack of foresight' within Offaly County Board: "The excitement of throwing the names of possible new managers back and forth can often overshadow the bigger picture. No matter who they are, from inside or outside the county, they are no-hopers. Offaly GAA isn't in a rebuilding phase, a period of transition or even at a crossroads - it's just roadkill."

Less than a year on, Justin re-visits what he calls "the carcass of Offaly GAA, the so-called basketcase that has become the butt of the joke" in the last week:

The article referenced above was written last July, and given the recent controversy surrounding the sacking of Stephen Wallace and the subsequent fall-out, yet more consternation has spread across the already crestfallen Offaly GAA supporter base.

Offaly County Board chairman, Tommy Byrne spoke to the media after Wallace's sacking and said we are moving on from this and that the board made the decision and basically, that was that - like it or lump it.

Opinions differ on the Wallace affair, and there are plenty of supporters who are fairly indifferent to his departure on a personal level, but the manner of his removal, and the issues it has thrown up, although familiar, need to be addressed before we draw a line under it.

Just last year, Pat Flanagan's wife informed him that he was no longer the Offaly football manager after reading it on social media, and so began a series of interviews. Flanagan's assessment of the county made for grim reading and dominated the news agenda, especially at local level, for a few days.

He shed light on the blatant inaction and contempt for progress at board level. He said a promise of €4,000 for gym equipment in November of 2016 never came to fruition, and similarly, requests for a video analysis programme, team doctor and GPS tracking system weren't acted upon.

He formed a three-year plan for Offaly football and its development over the summer of 2015, which on the face of it sounds like a pragmatic and beneficial thing to do for a county in the doldrums with one Leinster Championship win in a decade. However, Flanagan said that when he presented that plan to Tommy Byrne, he reacted in "shock-horror," and suggested that Pat was trying to 'come in and run the county board.'

Suddenly Pat Flanagan was cast aside from the news cycle and all of those issues were forgotten - the bluster from the supporters died down, and the County Board simply set about getting a new manager. Let's not forget that around the same time, the Hurling Review Committee set up to better Offaly hurling in the long-term resigned en masse, citing a lack of county board engagement and and blatant inaction. The County Board stonewalled both issues.

New managers were found amid all of that chaos and things were looking up, or so we thought, and yet here we are, less than 12 months down the line and we're back in the same predicament. The football manager who was brought in with a three-year agreement to rebuild the footballing fortunes has been sacked after six months and one championship game in charge.

Wallace gave pretty much carbon-copy interviews to those given by Pat Flanagan a year earlier to journalists from all quarters, ourselves at the Offaly Express included. Suggestions of player unrest with the management team aside, some of his soundings went far deeper into the bowels of Offaly GAA than the sideline.

There was suggestion made that the Offaly senior football panel were prepared to go on strike in dispute with the County Board just two weeks prior to Wallace's dismissal. They allegedly handed a letter stating those intentions to the manager at Esker Hills Golf Club but the Kerry man talked them off the ledge as they faced into a battle with the impenetrable Offaly County Board over things like boot allowances and the lack of resources like proper medical and training processes.

I wrote last year that any new Offaly manager arriving at O'Connor Park or Faithful Fields, or anywhere else for that matter was doomed, and Paul Rouse, as a history lecturer, is well versed in the past of Offaly County Board, and may be well advised to keep his arrangement with Offaly a short-term one, for his own sanity if nothing else.

Offaly has had more football managers since the turn of the century than any other county. Tommy Byrne has welcomed and waved five of them off the premises in two terms as County Board chairman. He'll head up the search for the next one over the summer, but with all the optimism about the Faithful Fields centre of excellence as their base, the only facility it appears to be missing is a guillotine.

In the aftermath of the Stephen Wallace's sacking, Tommy Byrne was asked by Ger Gilroy on an Off The Ball programme who takes responsibility for the appointments and dismissals of Offaly managers. He assured the host that that falls to himself and the Offaly County Board, but asked whether anyone within those ranks would be resigning over the the affair, Byrne simply said, "no." Gilroy recoiled, eyebrows raised, in disbelief at the notion of "taking responsibility" without there actually being any consequences.

That's our problem in Offaly; the concept of responsibility. In recent years, with all the talk of a lack of engagement or action on the likes of the hurling review report or requests for better facilities, processess and renumerations for county players, the County Board has never taken responsibility - not once.

The old knock on the door or late night phonecall has been made to the manager instead - the figurehead who faces the media and the supporters and is eventually handed the P45 so the County Board can save face. Stephen Wallace may have divided opinion from the get-go, but personal preferences and opinions aside, he is just the latest in a line of axed pseudo-chiefs, both outsiders and Offaly men, to take the fall for a failing county board.

The shouting from the rafters among supporters and club men and women is all well intentioned, but it's time for the clubs of this county to take their own share of responsibility and stand up to the county board and put people in there who can push Offaly GAA forward.