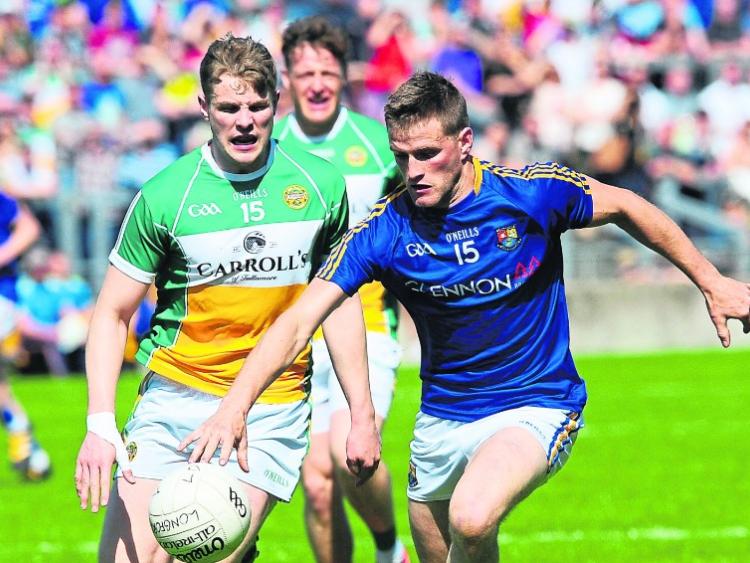 Tullamore's Johnny Moloney has rejoined the Offaly senior football panel, it has emerged.

Moloney stepped away from the panel in February having played the opening rounds of the Allianz Football League under former boss Stephen Wallace and his management team.

Personal reasons were reported at the time but his return to training this week comes just days after Paul Rouse was announced as the Offaly interim boss. His appointment, along with his brother Joohn Rouse, Alan McNamee and Stephen Darby, came about after the acrimonious removal of Stephen Wallace by the County Board following the county's defeat to Wicklow in the Leinster Championship.

The Offaly Express understands that Moloney left the panel in February after a disagreement with former selector Billy Sheehan surrounding game management leading into the Fermanagh clash in the recent league campaign.

Axed Offaly boss Wallace told the Offaly Express last week that a mediation process had then taken place but at the end of it, Moloney decided to leave it for the year and remove himself from the panel. It has now emerged from within the camp that the Tullamore star trained this week as the panel prepares for their first round qualifier on June 9.

Offaly's panel numbers had been dwindling under Wallace due to injuries and absences for various personal reasons, while the likes of Sean Doyle and Nigel Dunne failed to turn up to training last Wednesday night as the management issue came to a head.

It's understood that the new management team of Paul Rouse, Stephen Darby, Alan McNamee and John Rouse will have even more players at their disposal with the likes of Eoin Carroll returning from injury in a training match this week, and Eoin Rigney, who is sitting exams, expected to join back up with the group this weekend.

It has been reported from within the panel that James McPadden, Thomas Mooney, PJ Daly, Nigel Dunne and Jamie Evans have all returned to the panel and have trained this week as the short-term Rouse era begins. Brian Darby has also come out of inter-county retirment to re-join the panel.

Offaly await their first round qualifier opponents in Monday's draw, a game that is down to be played on June 9.