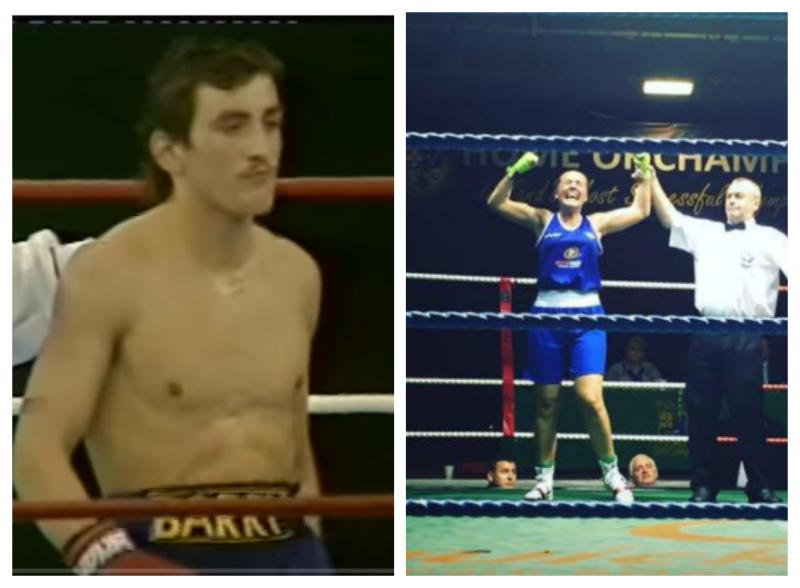 Barry pointed out that 38 years ago, he was heading to Italy for the European Youth Championships alongside another Edenderry boxer, Martin Brereton.

Like Barry McGuigan, Martin won a bronze medal at those championships and the pair went on to represent Ireland at the Olympics the following year in Moscow.

A further connection between those athletes and championships in 1979 and Edenderry's latest prospect Lauren Kelly is the fact that Martin's brother Liam 'Morley' Brereton is now her coach at the St. Brigid's Boxing Club in Edenderry.

He described the nod from McGuigan and the connection as "a little piece of history" as he recognised the huge achievement of his fighter leading the Irish girl's team to Italy.

He also replied to Barry McGuigan to point out that he is also used to inspire the latest crop of talent in Edenderry, as a mural of his famous world title win against Eusebio Pedroza is proudly emblazoned across the wall of St. Brigid's Boxing Club.

That ye did Barry. two of our youngest boxer but who that on the wall behind hardly you Barry. pic.twitter.com/VXHzVMX3vA

Lauren Kelly will be the only Offaly boxer in action in Italy as the European Youth Championships get underway on Wednesday, April 18. She will be hoping for a medal in the 75kg weight division.