She has had a remarkable rise to success 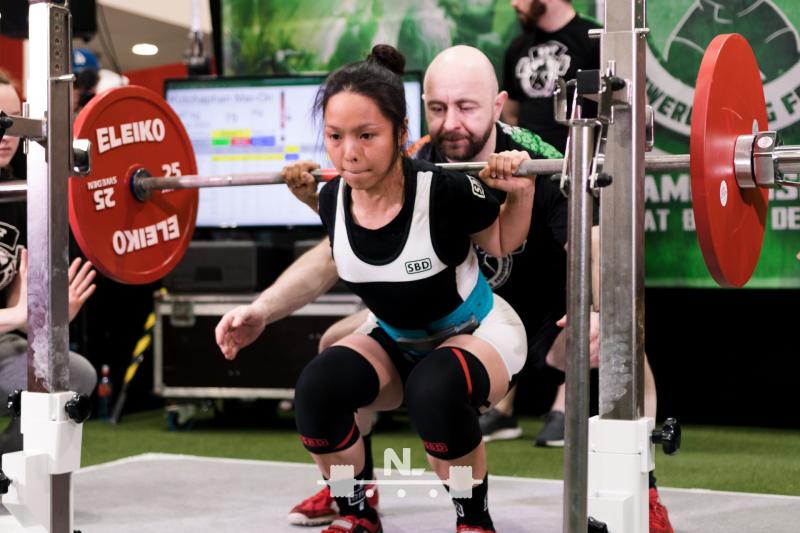 Kotchaphan Mai-on, dubbed “The Thaitan” has been selected by the Irish Powerlifting Federation to represent Ireland in Calgary, Canada in June of this year.

The female powerlifter who trains at the Strength & Conditioning Centre in Tullamore was selected following a phenomenal showing at the National Powerlifting Championships. Kotchaphan managed to break nine national records, five in the Junior (18-23 years) category and four in the Open (23 years+) category.

As the strongest female in the country Under 47kg ever, Kotchaphan hopes to bring home a medal for Ireland and continue the impressive performance of the Irish squad internationally.

“It’s my first big competition but I am hoping I can hold my own against these strong girls. If I can get a place on the podium even better,” Kotchaphan Mai-on said.

Kotchaphan competes for ABS Gym (Advanced Barbell Systems) under the supervision of Jay Farrant, the Head Coach of the Irish National Squad, and is coached by James O'Brien at thr DCU Powerlifting Club.

"Kotchaphan is by far and away the hardest working in the club, and it has been a pleasure to have worked alongside her. When she first started two years ago she was unable to lift the barbell, but now is deadlifting almost triple her body-weight,” James O’Brien said.

The next competition for her will be the IPF University Championships, April 14 in ABS gym Glasnevin where she hopes to continue her unbeaten streak alongside fellow lifters from the DCU Powerlifting Club.