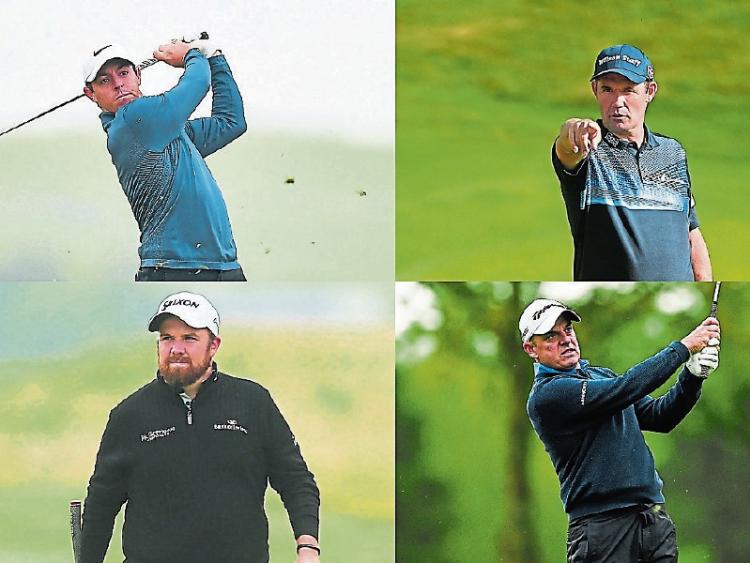 Shane Lowry to face off with three rivals for extraordinary €500,000 prize fund

Four of the world’s top golfers, including Offaly's Shane Lowry, are to face off on the immaculate fairways of the newly revamped Adare Manor for a prize fund of €500,000.

Rory McIlroy, Padraig Harrington, Shane Lowry and Paul McGinley have been lined up for a golf exhibition match at Adare Manor on April 20 with the funds to be donated to a charity of the winners’ choice.

The match will mark the launch of the 2020 JP McManus Pro-Am and the official opening of the course, which has undergone a multi-million euro upgrading.

The golf course is due to open this weekend for play, with just a handful of golfers having yet completed a full round on the parkland course.

The course was redesigned by renowned golf course designer Tom Fazio - after the Manor and grounds were bought by JP McManus for around €30m in 2014.

Members have been “exclusively invited” to purchase tickets for themselves and invited guests at €100 each, with the audience to be limited to 1,000 people, the Leader understands.

The behind closed doors fourball will otherwise be off limits, but keen fans will be able to watch the highlights on Sky Sports.

Rory McIlroy stayed at the luxurious Adare Manor hotel late last year, while Padraig Harrington was involved during the design phase, even personally selecting the sand for the bunkers on the course.

The 2020 Pro-Am will be the first major tournament to take place at the newly renovated resort, which now boasts one of the top courses in Europe.

JP McManus previously revealed his hopes to host the Ryder Cup in 2026 in Adare.

The course, which is currently the most expensive in Ireland to play, features the latest innovations, and is one of the only courses in the world to feature SubAir technology beneath every putting surface.

Adare Manor, which reopened late last year, is taking over from other period buildings and castles as a top wedding destination in Ireland.

The refurbishment took nearly two years, but added a host of new features, including a ballroom and spa.