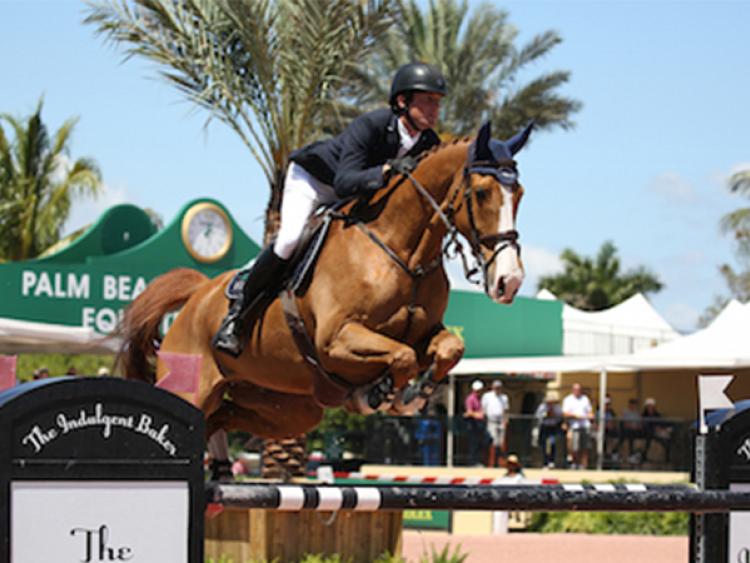 Offaly man Darragh Kenny was once again celebrating over the weekend as he claimed top spot in the $35,000 HITS Classic at Ocala’s five-star Nations Cup show in Florida, USA.

Darragh was one of seven riders through to the jump-off, and he guided Cassini Z to what proved a winning clear round against the clock in 35.64 seconds. They finished just over a second ahead of German runner-up Wilhelm Genn with Bugatti, while Brazil’s Yuri Mansur finished third with Vitiki.

Kenny and Cassini Z, who is owned by Ann Thompson, also won the $132,000 Adequan Grand Prix at the Winter Equestrian Festival in Wellington, Florida back in January.

Darragh was then part of the Irish team in the Florida Nations Cup in Florida on Sunday, helping Ireland to a third place finish.

Drawn first to jump of the six teams taking part, Ireland opened with and eight-fault score from Derry's Daniel Coyle with the 12-year-old mare Cita who is owned by Ariel Grange. Limerick's Paul O'Shea and Skara Glen's Machu Picchu then finished with just a single fence down, while Ireland's third rider, Offaly's Darragh Kenny with Go Easy De Muze, had a foot in the water and one fence down for eight-faults.

Riding the anchor leg for Ireland, Meath's Cian O'Connor finished with just one pole down at the first part of the combination with Clenur, who is owned by Armin Himmelreich. This left Ireland in joint fourth place at the halfway stage on 16 faults.

The second round saw Coyle and Cita finish with one fence down, while O'Shea and Skara Glen's Machu Picchu also picked up four-faults with a foot in the water. Kenny and Go Easy De Muze looked to be heading for Ireland's first clear coming to the last fence, but the Longines vertical fell to the floor to leave them with four-faults. Last to go, O'Connor and Clenur delivered a foot perfect clear round to leave Ireland on a two round total of 24 faults - tied for third place with the home team from the USA.

Canada were the clear winners on eight faults while Brazil took runner-up spot on 16 faults. Germany finished behind the Irish and Americans in fifth, while Mexico finished sixth overall.

"It was a very tough course. We had few errors in the first round but we were much better in the second. Darragh Kenny in particular was very unlucky not to jump clear just having the last fence down. You don't win Nations Cup's without jumping clear rounds and we didn't jump enough of them today, but our lads never gave up and improved their position in the second round. Canada fully deserved to win and congratulations to them. We now focus on our next Nations Cup in Wellington, Florida where I expect we will have a very strong team."

The result in Ocala comes on the back of a runner-up finish for another Irish team which included Cameron Hanley, David Simpson, Paul Kennedy and Shane Breen, at Abu Dhabi in the United Arab Emirates on Saturday, where Taylor Vard was Ireland's Chef d'Equipe.