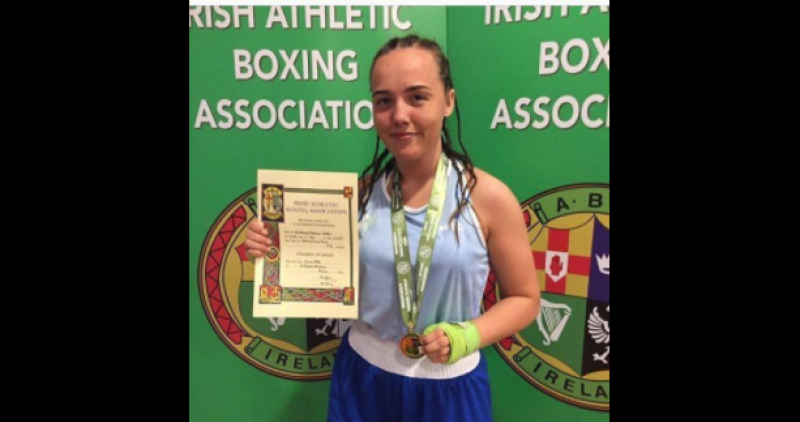 Edenderry based boxer and six-time All-Ireland champion, Lauren Kelly, has launched a GoFundMe page to fuel her ambition to compete at the Youth Olympic Games.

17-year-old Lauren Kelly, who fights out of the St. Brigid's Boxing Club in Edenderry only took up boxing five years ago, but has already earned serious success in the sport.

In August of 2016, the talented boxer suffered a career threatening injury to her elbow meaning she had to pull out of the European championships. Doctors told her she would never box again, but the gritty young athlete refused to accept such and outlook, and somehow was back in the ring by May of this year.

She went on since then to win to national titles and a European bronze medal.

Lauren was recently selected to go to the World Championships in India, which are scheduled to take place in November. These chapionships are being used as a qualifier for the Youth Olympics in 2018.

After the Worlds in India, a second qualifer will take place at the European Championships. The Youth Olympics will take place in October 2018, and Lauren dreams of getting there.

"I am training 2/3 times a day, 6 days a week, which means I am unable to get a job, and I also have no sponsors, which means I currently have no income," she wrote on her GoFundMe page.

"Any donations will be a big help and make a difference in my journey over the next year to help me reach my full potential and my main goal which is the Youth Olympics."

You can donate to Lauren's quest for Olympic glory by clicking here.