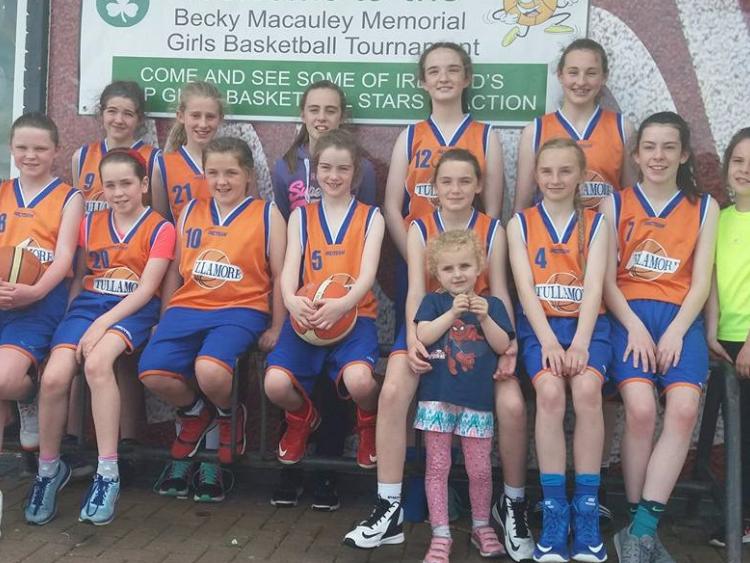 Tullamore Primary Schools team made the trip to Limerick Sunday morning to defend the Becky Macauley tournament title, a competition run by Limerick Celtics and won by the Offaly club last year.

The team were a little weary after their journey and found the home side a difficult proposition in the first game. Despite Sophie Thornton and Naoise McDonald's best efforts, Celtics were comfortable winners.

The girls didn't have long to wait to regroup for the second game and after a blistering start Tullamore were the stronger team. Maeve McGreal scored well in this game ably assisted by Aoife Shaw and Aoibhinn McDonagh. The girls had qualified for the quarter finals where they played Limerick side, the Panthers.

Tullamore were the stronger outfit and with scores coming from Siun O'Brien, Niamh Galvin and Julia Slattery, they ran out convincing winners. This put the team into the semi finals versus Kerry side Rathmore/Gneeveguilla Sixers.

An incredible start from captain Eimear Galvin and point guard Emily Cunningham gave the Tullamore girls a 7-0 first quarter lead against the Sixers side who had beaten them in the North Kerry Easter tournament.

Una O Brien belied her young years with a determined performance, often pitting herself against much taller opponents but unfortunately tired legs were beginning to tell for the Offaly girls. They led by a point going into the final quarter but the bigger Kerry girls eventually won out, avoiding the upset.

Thanks to all parents who travelled to support and transported the team. The day finished for four of the girls with an under 12 football semi final victory after racing back to Offaly for the game. Busy and fit young women indeed.

Tullamore Basketball Club Awards Presentation Night on Thursday, June 1 in the Rugby Club 7pm until 9pm. All welcome to attend.