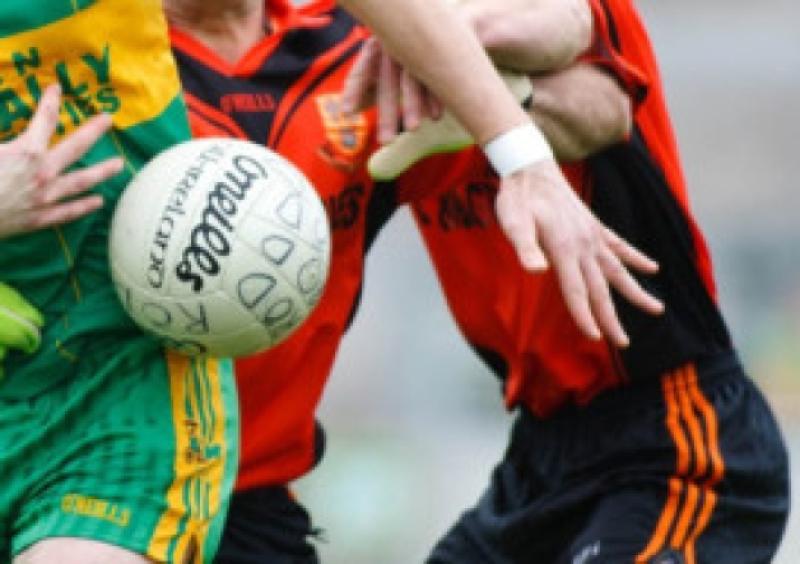 There are four Offaly Senior Football Championship games down for decision this weekend, and we have run the rule over each fixture to see where they might be won and lost. The Championship threw in just two weeks ago and there were early wins for Rhode, Clara, Ferbane and Tullamore.

In a double header at O'Connor Park on Saturday, April 22, Clara face Gracefield at 5pm and Rhode resume their campaign against Cappincur at 6.30pm, while on Sunday, Edenderry face St. Rynagh's and Tullamore do battle with Ferbane.

Clara began their championship on April 8 with a hard fought 2-09 to 0-13 win over Edenderry. Josh Fleming and Ross Brady scored the crucial goals as Edenderry, without the likes of Sean Pender and Richie Dalton that day, went down fighting. Clara's ability to keep the scoreboard ticking over was the difference as Edenderry did come back at them that day once they'd fallen behind. This scoring prowess and bottle was shown perfectly by Josh Fleming and Paul Deehan, who both pointed late on to ensure their side held out for the win. They also showed themselves to be tight at the back as Edenderry, who are usually a goal-getting team, were held goalless.

Gracefield went down admirably to Ferbane on a scoreline of 4-07 to 1-14, a two-point win for last year's finalists. Ferbane scored two of those goals inside the last five minutes, meaning Gracefield let a four-point lead turn into a two-point deficit, showing up some defensive frailties. Gracefield did start well that day, and when Ferbane came back at them, they were able to tag on points to keep their noses in front for a long way. They won't be easily beaten by anyone, but the manner of their 1st round defeat suggests a lack of a winning edge, and that is something Clara can capitalise on this weekend. Clara showed they had an eye for goal in their opener and I think they will score at least two against Gracefield, something that may be too tough to overcome for the men in red and black.

It was hoped that Cappincur could raise a big enough effort to down their neighbours Tullamore in their opener earlier this month, but the so-called noisy neighbours of the town club folded badly and shipped a heavy defeat. They lost out on a scoreline of 4-15 to 2-06, a 15 point hammering. The recently promoted Cappincur showed they are not quite up to this level, and if any team is going to confirm that theory it is a rampant Rhode outfit.

Rhode punished St. Rynagh's in their opening game, running out 0-17 to 0-07 winners at O'Connor Park. The reigning champions were at a canter for the majority of the contest, but looked in cruise control as they eased past the Rynagh's challenge.

Cappincur's win over Gracefield in the league suggests they can be competitive, but it's hard to see them getting close to Rhode in this one. Even a half-paced Rhode team would have their measure, and Cappincur's concession of four goals against Tullamore will be a worry for them. Rhode are usually a goal machine, and despite not raising a green flag in their championship opener, they could very well fill their boots here.

Edenderry will look to get back to winning ways on Sunday when they travel to Mucklagh to face St. Rynagh's at 3.30pm. Rhode had ten points to spare over Rynagh's in week one of the Championship, and Edenderry could well have a similar margin in hand this weekend. Edenderry lost out to Clara by two points in their first outing of the campaign, and in the senior league recently, Clara saw off Rynagh's by 20 points. Edenderry have the likes of Offaly senior captain Sean Pender and Richie Dalton to come back into the squad, and will certainly cut a more imposing figure on Sunday.

The Reds have the scoring artillery in their ranks to put St. Rynagh's to the sword and it would be a shock if they didn't have enough to get the win on Sunday. Pender and Dalton add leadership to what is still a young and improving team, containing the likes of Cian and Ciaran Farrell, Eoin Dunne and Jordan Hayes. St. Rynagh's were unable to live with a 14-man Rhode side last time out, and I think a 15-man Edenderry side can serve them a similar beating.

A repeat of last year's semi-final at O'Connor Park on Sunday at 1.30pm. Ferbane caused a bit of a shock in that one, running out comprehensive 3-10 to 1-10 winners last September. They got their 2017 Championship campaign up and running with a hard fought win over Gracefield on April 9. They scored a couple of late goals to record the win, and this Sunday will also present a stern test for what is an improving team.

Worryingly, Ferbane went scoreless for a 20-minute spell in that opening day clash with Gracefield, while Tullamore ran up a big score against neighbours Cappincur. Tullamore's scoring power could be a problem, and this game will be closer than the semi-final in 2016. Johnny Moloney was back in full flight for the town club against Cappincur and if they can raise a similar goal threat, they may well just get the better of Ferbane.

VERDICT: Tullamore by one point