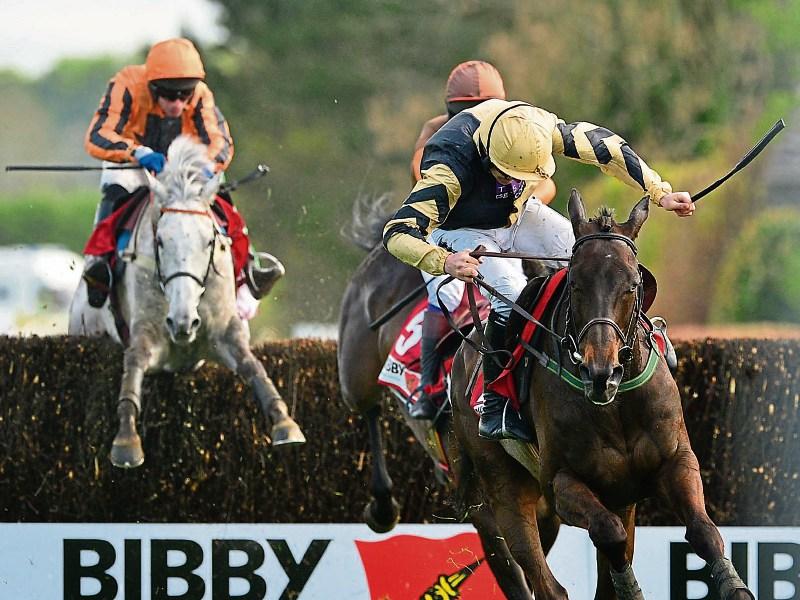 Fairyhouse takes centre stage over the Easter weekend, with the Irish Grand National the main attraction on Easter Monday. Their Easter meeting, however, kicks off on Sunday with a strong card, featuring some Cheltenham winners. We have run the Punter's Eye through the Easter Sunday cards at Fairyhouse and Cork to pick out some of the best bets of the day.

This is a trappy affair where ARTFUL ARTIST (5/1) is the likely favourite. I think that is largely down to connections, namely trainer Tony Martin who has a good record in this type of race, and his jockey booking of Ruby Walsh. He hasn't done anything spectacular on the track, but his latest start, a good run to be second behind CONCORDIN at Leopardstown recently, is perhaps his best form. Elsewhere, ZIG ZAG (14/1) could be a great each-way option for Joseph O'Brien. He is fitted with a first-time tongue strap and arrives with some classy form in the book. He hasn't been able to land a blow on the likes of BAPAUME, LANDOFHOPEANDGLORY, LABAIK and MEGA FORTUNE, but he ran credibly in defeat to them all. He also ran fairly well to be ninth in the Fred Winter at Cheltenham last month, and despite having a long 2016 campaign, he still appears to be in good heart. The ground will be no problem for him, and at a bigger price, he can run into the frame here.

This looks a perfect opportunity for LET'S DANCE (8/11) to crown a phenomenal unbeaten season for Willie Mullins, and based on her emphatic victory in the Mares' Novice Hurdle at Cheltenham last month, she should oblige for favourite backers. The value here is in the forecast or betting without markets. I'd lean towards the betting without market with AIRLIE BEACH (9/1). In truth, Willie Mullins could have the first three home in this as AUGUSTA KATE is also prominent in the betting. The Carlow trainer always has a strong team of mares, and these are his future stars, but AIRLIE BEACH can bounce back from a poor Cheltenham run. She was probably amiss when 30 lengths behind LET'S DANCE in that Mares' race at Cheltenham, and she'll be more at home here. She won handsomely at this track in December, where she had the likes of SATURNAS and Cheltenham winner PENHILL well behind her. Paul Townend will be hoping AIRLIE BEACH can catch hold of that winning thread once more, but if not, she can certainly chase LET'S DANCE home.

Jessica Harrington's DON'T TOUCH IT (2/1) makes his handicap debut here and is deservedly favourite based on some of his previous form. He beat the likes of PETIT MOUCHOIR, CHARBEL, YORKHILL and BRAIN POWER at last year's Punchestown festival. However, he's won just once in four starts since, losing to the likes of BLEU ET ROUGE, who has proven to be fairly disappointing. He did put in a good shift to finish second to the progressive GREAT FIELD last time out, but that rival pecked on landing after the last fence that day, and still managed to slam DON'T TOUCH IT by eight lengths. Therefore, a risk is taken on THREE STARS (10/1) for Henry De Bromhead, who also makes his handicap debut, having been running in loftier circles to date. He was pulled up in the Arkle at Cheltenham last month, a race won by the imperious ALTIOR, and THREE STARS may have been thrown in at the deep end there. Before that, however, he was running credibly and consistently to a decent level. He saw off the improving BALL D'ARC twice in 2016, and ran very respectably behind MIN, LE PREZIEN and ATTRIBUTION in three subsequent starts. That represents good form and he carries two pound less than DON'T TOUCH IT, a rival I would tentatively suggest is on a downward curve of late. Off lower weights, LIP SERVICE for Tony Martin and PRICKLY are open to further progress.

At Cork on Sunday, a couple of good races will attract plenty of punters, and in this one, A TOI PHIL (11/8) is the favourite for Gordon Elliott. This one comes here on the back of an eight-length success over NEARLY NAMA'D in Navan's Webster Cup last month, and in the capable hands of young Jack Kennedy, should prove very popular. However, the nod here goes to VAL DE FERBET (4/1) for Andrew McNamara, ridden by the in-form Adrian Heskin. He sharpened up for this test with a run on the flat at Tipperary on April 11, and should now come here well and truly revved up. Three miles will suit this horse, and his latest start over fences was exceptional, as he easily accounted for the challenge of MY MURPHY and the re-opposing MOZOLTOV at Clonmel in March. Clearly in good heart, this eight-year-old can get his head in front, something he has struggled to do very often during his career, although he does have a better record over fences. He carries four pounds less than A TOI PHIL, and may just have enough class to see him off, especially given the way he stayed on after the last in that most recent start at Clonmel.