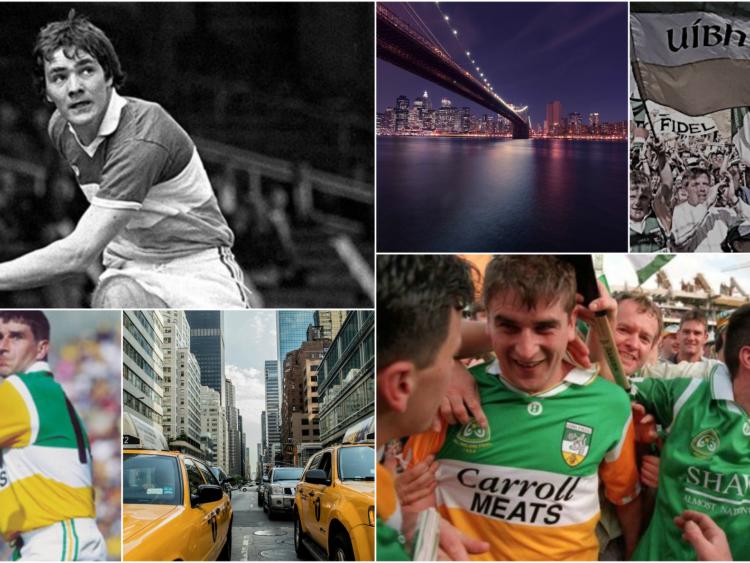 Following the major success of Offaly GAA's Faithful Fields Golf Classic hosted by Shane Lowry earlier this month, organisers, at the suggestion of hurling legend Michael Duignan, have come up with a New York fundraiser to serve as their last big push for funding as the project goal edges closer.

Michael Duignan will be joined by Matt Connor, recently named by Offaly Express readers as 'The Greatest Offaly Sportsperson Ever, in the Big Apple on Friday, June 9, at Rosie O'Grady's, just off Times Square in Manhattan. The Faithful Fields centre of excellence project is set to cost in excess of €2 million, and over €570,000 of a €750,000 public fundraising total has now been raised.

It is hoped that over €50,000 will be raised from the Stateside event and it is aimed at offering Offaly's many exiles in New York and around America an opportunity to support the project.

Tickets for the dinner are on sale for $200 each and Trevor Kelly, a Clara emigrant to New York, is managing arrangements for the event there. Kelly owns the Gramercy Ale House on Third Avenue in New York and Michael Duignan thanked him for his enthusiasm for the event and project.

Michael Duignan said recently that Trevor's only request when taking on the organising of the event in New York was that "he wanted Matt Connor to attend it."

"Since he went to New York, he really became aware of the standing that Matt Connor occupies in the GAA world from people from all counties and he wanted him there," the legendary hurler added.