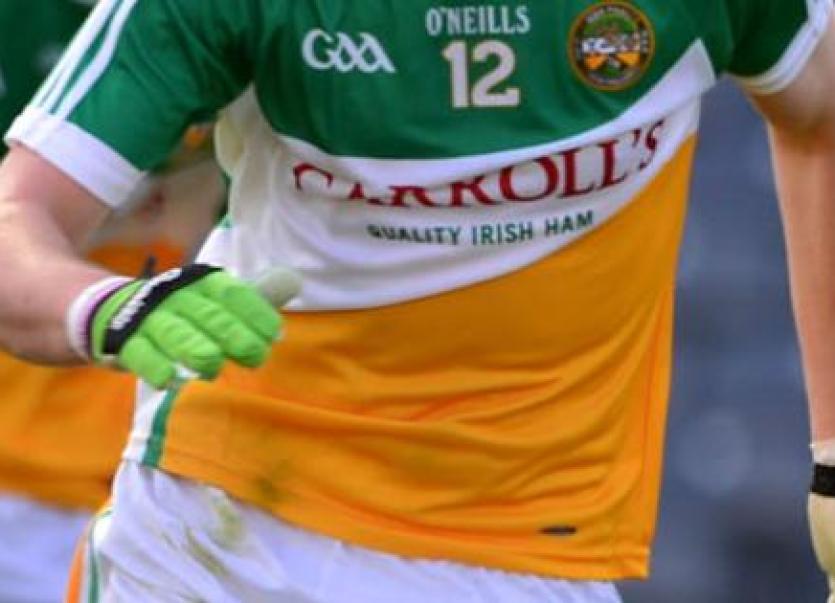 Offaly GAA is going through a distinct period of turmoil – our footballers sit bottom of Division 3, facing relegation to the lowest tier of league football, while our hurlers are also bottom of Division 1B following four straight defeats.

And yet, Offaly supporters like you and I are seemingly supposed to row in behind the Faithful bandwagon and pay hundreds of euro following these teams around the country. Just last weekend, Offaly let a six-point lead slip at home to Tipperary in the Allianz Football League, and word from Tullamore suggested just 933 paid in to watch it. One spectator reckoned Tipperary, who possess a small football stronghold to say the least, actually outnumbered home supporters.

Some commentators on social media in the wake of the game scoffed at our nickname as the Faithful county on the back of such news. We are consoled by the same old yarn - 'we were unlucky and gave it a good old go.' We got the same guff when the hurlers went close, but ultimately lost against Limerick a couple of weeks ago. Why should we be lectured to like bold school children when we don't turn up to watch our footballers lose to almost everyone in the third tier of league football, including a 30-point defeat to Armagh, or witness our hurlers lose to the likes of Laois?

Offaly are specialists in the moral victory, heroes of the 'try-hard' consolation brigade that is rolled out to supporters of supposed weaker counties like a badge to pin to our chests as we get roundly slaughtered week after week. No one in Offaly is expecting an open-top bus parade for Liam MacCarthy or Sam Maguire any time soon, but we are allowed show disappointment and dismay if we get relegated from an already low league division, or lose in the first round of the provincial championship.

If Offaly were to beat Westmeath (a Division 4 side) in their first Leinster football championship game this summer, and then get hammered in the next round, that would be fed to us as a success. We'd be told we are a disgrace if we turn up in small numbers the next day to watch us lose to the likes of Wicklow or Longford in a qualifier game. We'd be told we are not real fans if we don't show up to watch our hurlers take the same treatment from the likes of Wexford, Kilkenny or Galway.

When this accusation is thrown at you when you don't turn up, bring up the examples of Wexford in hurling and Clare in football. Wexford have been promoted to the top tier of league hurling in Davy Fitzgerald's first year in charge. Offaly beat Wexford by 7 points in Wexford Park last year, and yet here we are sitting at opposite ends of 1B. If a team like Wexford can do that in one year, why can't a county like Offaly do likewise, and why can't we as fans expect or at least ask for it?

Likewise in football, in a relatively short space of time, Clare have jumped from Division 4 to Division 2, and are still in the reckoning, sitting fourth at the minute, of going up to Division 1 if Galway or Kildare slip up. Conceivably a team that was competing in Division 4 with us a few years ago will be in Division 2 (at worst) next year and we will be languishing with London and Carlow in Division 4 once more. Are we allowed be disappointed with that or are we expected to put the shoulder to the wheel and continue to turn out in O'Connor Park or further afield in the hope of 'losing well' to perceived better teams?

Our U21 team have been exceptional this year and will compete in a Leinster final against Dublin or Longford. But we have had good underage teams before and they haven't translated. We seem to be one of those counties that's in a constant state of 'transition,' another word thrown at fans as an excuse for a bad run. Much is made of the gap between the likes of Dublin, Mayo, Kerry and Tyrone and the rest of us, but Offaly are in danger of opening up the wrong kind of gap between themselves and the likes of Longford and Tipperary, both of whom have beaten us comfortably this season. That realisation is bleak, but it is one that might explain 933 people turning up to O'Connor Park at the weekend.

Let me temper all of this by saying that I do not blame the players who give up so much of their lives to play in these teams, and these are players we are all proud of. Even earlier this month, after our loss to Armagh, the story of one Rhode county player came to the fore. Eoin Rigney travelled from Limerick, where he is studying to be a doctor, was part of the team beaten by 30 points, and then travelled back to his studies at the opposite end of the country. Players like Eoin are being let down. Our fans don't deserve to sit through defeats like that, but even more so, our players don't deserve to be pawns in a shambles like that. These are talented players and structures need to be improved to make it easier for them to balance sport and their work or college lives.

I am just a fan, far from an expert, but even I can see something is badly wrong with county structures when our footballers turn down a bus in favour of driving to a league game in Armagh. I certainly don't have the answers to our current woes, but surely teams like Wexford and Clare can be used as examples here. There is only so many times you can change managers and expect a different outcome.

Something major needs to happen within Offaly GAA – otherwise we may just throw our hat at it and say goodbye to supporters who might be willing to pay to watch the county teams, and also to players willing to set aside months of their lives every year to travel the country to take hidings every weekend.

The sad fact is, after all the talk of regeneration and growth, the spin has been dispelled; we are still going backwards – and at a faster rate than ever before.