Matt Connor is chosen as the Greatest Offaly Sportsperson Ever 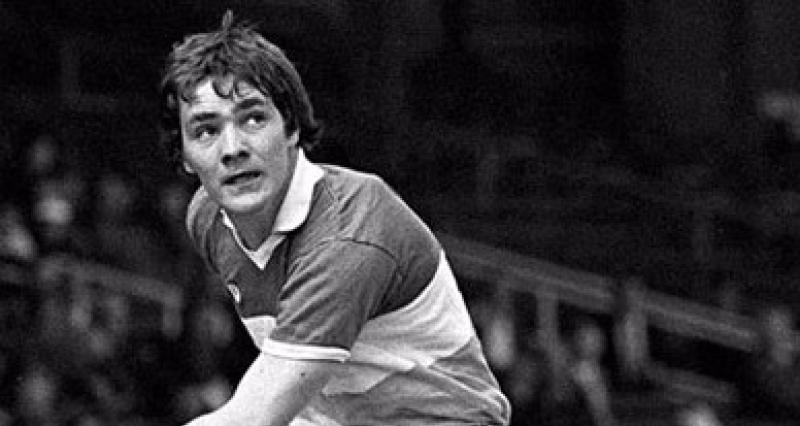 You have chosen footballing legend Matt Connor as Offaly's Greatest Ever Sportsperson in the poll we ran last week and over the weekend. Thousands of you cast your votes and the 1982 All-Ireland winner prevailed with 29% of the overall vote in our Final 5 poll, launched on Saturday afternoon, March 11. Johnny Dooley came second with 27% while his former Offaly teammate Brian Whelahan came third. Shane Lowry (10%) and Pauline Curley (9%) rounded out the Top 5.

An absolute giant of the game, Matt Connor is a Leinster GAA Hall of Famer and three-time All-Star award recipient. He started playing GAA with his club, Walsh Island, with whom he found major success. He won six club county titles with them and was an instrumental part of the team when they won two Leinster club titles and an All-Ireland club final.

At inter-county level, Matt was one of the most powerful forwards to ever pull on the Faithful jersey, and he won three Leinster titles with his county and an All-Ireland in 1982. Matt's performance in scoring 2-9 in the 1980 All-Ireland Semi-Final against Kerry is considered one of the best personal displays in the history of Gaelic Football. Kerry were in their heyday and yet Matt also put them to the sword with a magical display. Legendary commentator Mícheál Ó Muircheartaigh once said, "Nobody had ever perfected the skills of Gaelic Football better than him."

The sheer volume of Matt's success is astounding, given the fact his career ended at the age of 25 following a car accident on Christmas Day in 1984. The young Garda was as famous for his footballing talents as he was for his sportsmanship and gentle disposition. He is and was always an unassuming man, and was a humble talent, even though he was a colossal presence on the field.

Although not drawing the headlines in 1980 when he scored the crucial goal to help Offaly beat Dublin in the Leinster final, or in 1982 when Seamus Darby scored his famous goal to deny Kerry the five-in-a-row and earn Offaly an All-Ireland title, Matt Connor's hand is embedded in each one of those pieces of Offaly GAA history.

During the 1982 final, when Offaly were trailing by a sizeable margin, seemingly needing goals, Matt Connor had the coolness of thought to decide to convert two frees into points rather than take the risk in gunning for green flags. As we know, the crucial green flag did come for Darby, but perhaps fittingly, the ever-humble Connor had laid the foundations and put Offaly within that striking distance of success through those two forgotten frees.

The late Páidí Ó Sé once described Matt Connor as "the complete footballer who played the game as it should be played," while his fellow Kerryman Mick O'Dwyer once remarked, "the one good thing about Kerry's loss to that Darby goal in 1982 was that he (Matt) won an All-Ireland senior medal."

Comments like those coming from two Kerry legends is quite something, and although Matt now quietly goes about his daily work as a Garda in Tullamore, he should always be recognised and celebrated as a hero of our county, a pillar of our game - and truly a legend of our times.

He certainly deserves the title given to him by Offaly Express readers - The Greatest Offaly Sportsperson Ever.