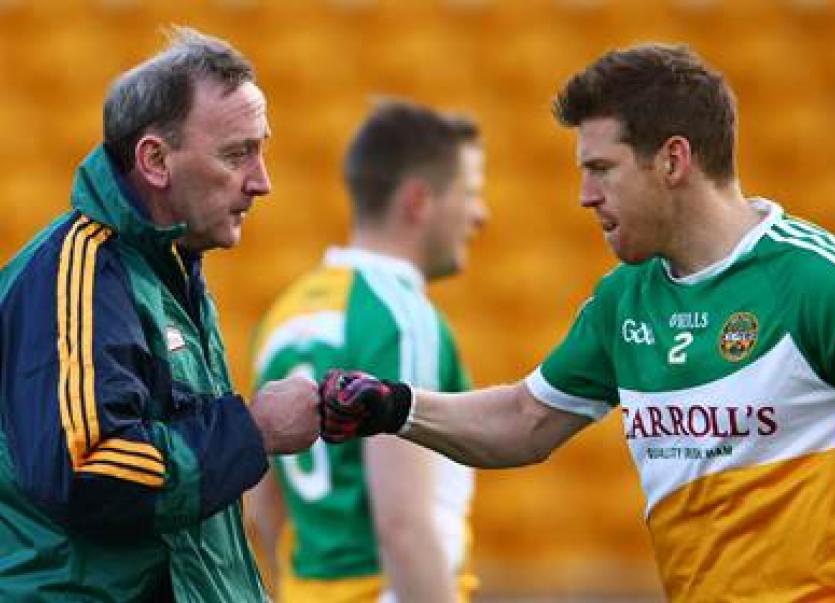 The Offaly boss is under pressure after heavy defeat to Armagh

Offaly senior football boss Pat Flanagan is set to meet with the county’s clubs next Tuesday amid calls for his removal following the team's recent 30-point defeat to Armagh in Division 3 of the Allianz Football League. The manner of the defeat triggered two club delegates to call for a change of management at Tuesday night’s county board meeting," the 42.ie have reported.

Offaly limped to a 6-22 to 0-10 defeat to Kieran McGeeney’s Armagh side, sending them plummeting to the bottom of Division 3, facing a possible relegation to Division 4. It was Offaly’s biggest ever defeat in the league and their heaviest loss since a 6-14 to 0-1 whipping by Louth in the 1900 Leinster SFC.

A number of delegates questioned the direction of the squad under Flanagan on Tuesday evening. His perceived defensive approach, the team’s dismal away form and a lack of opportunities for younger players came up as issues at the meeting.

“It looks to me that the players aren’t playing for Pat Flanagan,” said Cappincur delegate Paul Corrigan. “He’s brought no players through in his previous two years and is at war with clubs half the time. I don’t know if his position is tenable anymore,” he added.

Kilclonfert’s Matt Kelly also spoke on the topic: “He doesn’t know what he’s doing and the men around him seem to know less. I’d be looking for a change. It’s a scandal what’s going on. “We’re wasting money on that man, he’s bringing nothing new, he’s a facility for some clubs to train, he trains players from certain clubs and he’s not interested in winning. That’s my honest opinion.”

It’s Flanagan’s third year in charge of Offaly, having secured the Division 4 league crown in his first year at the helm. The league final win over Longford was a first victory for Offaly’s footballers at Croke Park since 2006. He then followed up and narrowly missed out on promotion to Division 2 last year, just losing out to Clare on scoring difference.

Speaking on Sunday, following the big loss to Armagh, Flanagan said, “We’re after being very competitive in every game since I got involved with Offaly and that was the first game we haven’t been competitive in."

“It’s very difficult straight off to see why, but to concede six goals and whatever points is very difficult to take.”
Offaly chairman Tommy Byrne announced that a motion to sack the manager needed to be submitted ahead of the monthly meeting for it to be on the agenda. He also reiterated to those present that, "before you take radical action, you need to know where you’re going next.”

The chairman agreed to arrange a meeting between Flanagan and the clubs for Tuesday night.