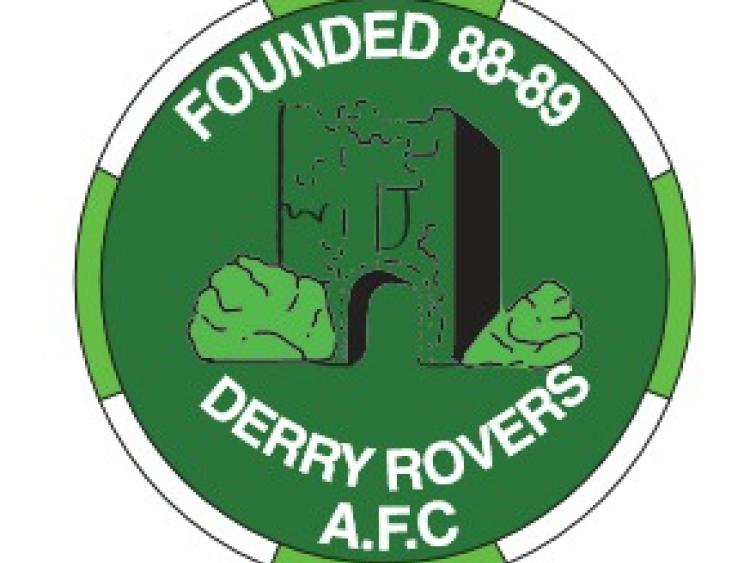 The first team of Edenderry based soccer club, Derry Rovers AFC, are preparing for a game that will decide their season on Sunday morning, March 5. They face Stradbally Town in Stradbally in the final game of their Combined Counties Football League (CCFL) Division 1 campaign, knowing a win will secure them the league title.

Derry Rovers go into the contest on the back of a hard fought 3-2 win over Coolraine, who sit second and could have gone ahead of the Edenderry club if they had mustered a victory last week. Meanwhile, Sunday's opponents, Stradbally Town, sit bottom of Division 1 after a run of 11 defeats and just three wins from their 14 games.

Derry Rovers sit proudly on top of Division 1 with an impressive tally of 10 wins, one draw, and four defeats from 15 games, leaving them on 31 points. Their nearest rivals are Towerhill Rovers and Coolraine, both of whom have 29 points, and are ready to pounce if Derry Rovers slip up against the Division minnows this weekend.

Coolraine take on mid-table side Portlaoise Shamrocks, while Towerhill Rovers are away to second from bottom, Clonowen Rovers in this week's round of fixtures. The odds look to be in Derry Rovers' favour, but they have to travel away from home and get the job done on Laois soil.

They also have a cup quarter final to come, while their second team are also fighting for a league title, meaning 2017 could be a massive year for the club.

The game against Stradbally takes place in Stradbally on Sunday morning at 11am and the club are hoping for a big turnout on what could be a title winning day.