All the latest greyhound news from around the Midlands 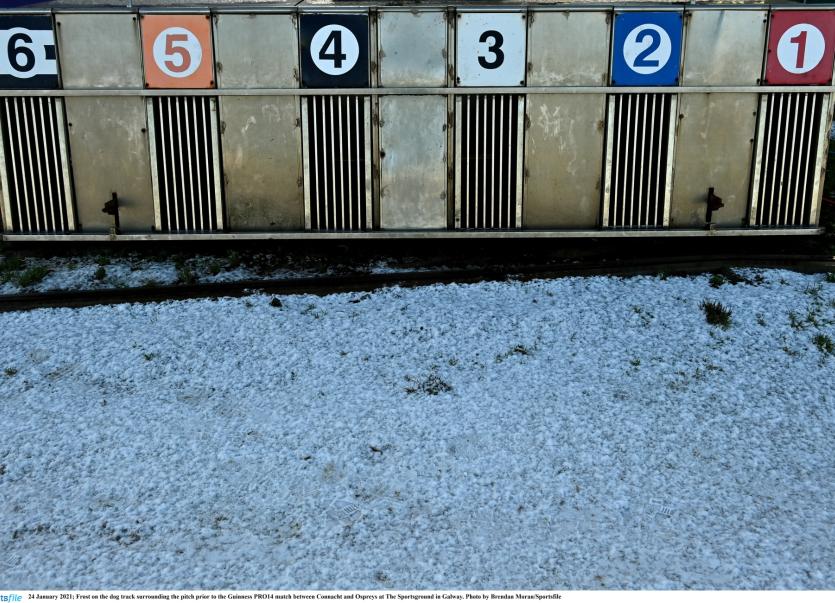 With the English Derby over, the attention was back to the Irish tracks with a special focus on Shelbourne Park where some top class sweepstake finals were decided and plenty of prize money up for grabs. From an Offaly prespective Sunday racing in Mullingar was cancelled which reduced scope for midland winners.

In Enniscorthy, on Monday week, in the final of the Soul and Cushie Jet ON2 Unraced stake, Shebrokethebed (Vimmerby- Mulrankin Zip) chose the right night to win her first race for owners Niall Codd and Michelle Power and won the €1.5k cheque, in 28.87 (20 slow), by five lengths at 4/1.
In Mullingar, also on Monday, two Offaly winners, in an A9 grade, Ollys Niamh won in 30.13 (50 slow) by one length at 3/1 for Banagher owner Mary Moran. In the final of an S3  400 yard sprint stake, Droopys Aspect got the €450 first prize for Edenderry owner/ trainer Paul Cronin in a decent 21.80 (20 slow) by four lengths at 2/1.
In Shelbourne, on Tuesday, Cronin was back in the winners enclosure as Artax won a semifinal of an A4 sweepstake in a fast 28.79 by a wide margin of nine lengths at 4/5.

In Shelbourne Park, in the first round of RCETS open unraced stake, six heats of some of the best bred pups in the country going to traps. Graham Holland would always be favorite to win this type of stake, and he duly supplied the fastest of the heats in Romeo De Niro, in an eye catching 28.36, by six lengths at 4/1. One Offaly winner on the supporting card, in an AO 550, Towstar Gazza won in 30.14 by one length at 6/1 for Geashill trainer Margaret Bolton.
Tralee hosted  the final of the Pestana at stud and Droopys Kennels Hospital A2 stake. The first prize of €2.7k stayed locally as Ballymac Luckily (Ballymac Best- Ballymac Sarah Jo) for Ballymacelliott trainer Liam Dowling in 28.69 by one length at 9/2.

A lot of quality racing from around the provincial tracks as well as Shelbourne. In Curraheen Park, in Cork, in the semi-finals of the Bull Run Bolt at stud A2 575, Shinnagh Jet won the first for Jeremiah Murphy in 31.38 with Our Sydney the second for Mrs Babs Kiely in 31.23 by one length at even money. In the first round of the Shelley Fennelly Memorial open 550 bitch stake, won last year by the classy Scooby Princess for Jennifer O’Donnell, remarkably only eighteen dogs with three heats. Amazing Alice won the first for Pat Guilfoyle in 29.90, Sidewinder the second for James O’Regan in 30.01, and the ever consistent Billys Diva for John Kennedy the final heat in 29.93. All races in Cork were rated.10 fast.

Dundalk was the venue for their blue ribbon event of the year,  the 2021 Bar One Racing Irish Sprint Cup. Thirteen heats, seventy eight of the country’s top sprinters all fancying the chances of taking the crown from last year’s winner Grangeview Ten and Pat Guilfoyle. Good Cody was fastest of the heats in 20.92 for Kennedy, this dog was a finalist in the Produce Stake in Clonmel in early June so his form still holding strong. Others to impress were Corbrack Prince in 20.96 for Rathangan trainer Robert Gleeson, Ballymac Rule in 21.10 winning his twelveth race from thirteen starts for Liam Dowling, and last year's Tribune Offaly of the year Brodys Magic in 21.15 for Edenderry owner Thomas Glynn and trainer David Murray.
In Limerick, in the final of the Michael Tobin Memorial A4 stake, Ballyea Sydney (Droopys Sydney- Sarista) won the €1.8k first prize in 29.04, by four lengths at 7/2, for Clare trainer Tom Flanagan. The other eleven races in Limerick were all the first round of the O’Connor Julian Vets Cashel Tri-distance stake over the 550 yard trip with Hazelhill Hazard going fastest for Michael O’Connell in 29.69.

Two of the season's top finals were up for grabs Saturday night in Shelbourne Park. The first was the Champion Open 550, Deadly Destroyer (Droopys Jet- Cruel Intentions) was an easy seven lengths winner of €7.5k purse in a fast 29.36 at 4/1. This is another dog whose form has stayed strong having won the Denis Linehan Solicitors Unraced in Cork in December 2020 for Stradbally trainer Karol Ramsbottom. The other big final on the night was the 2021 Corn Cuchulainn Open 750. Paul Hennessy had the winner here as Priceless Jet (Droopys Jet- Ravenna) broke smartly and was never threatened, winning by five lengths in 41.39 at 9/4. A princely sum of €10.5k heading to the Gowran trainer and owners Bryan and Kathleen Murphy.
One Offaly winner on the supporting card, Glenquain Pat showed an impressive turn of foot to win an A0 525 in 28.57 by two lengths at 5/1 for Ballinagar owners Damien Cunningham and Liam Kirley.

Unfortunately, there was no racing at the matinee meeting in Mullingar, normally when racing is cancelled in the Westmeath track it's down to frost, however, it was the opposite on Sunday as conditions were too hot to run the dogs.  Given the duty of care to the dogs racing was cancelled to avoid having the dogs running in the high 20’s. Mullingar management should be commended for making this decision sufficiently early in the week. The card will be re-run this coming Sunday.

Friday, quarterfinals of the RCETS Unraced, also in Shelbourne. Saturday, final of the Bull Run Bolt A2 575 and semifinals of the Shelley Fennelly Memorial open bitch stake in Cork. Second round of the National Sprint in Dundalk and the second round of the O’Connor Julian Vets Cashel Tri-distance in Limerick.

Brodys Magic got the nod this week, the track record holder in Dundalk was back to his best, when winning the first round of the National Sprint in the County Louth venue in 20.15, for Edenderry owner Thomas Glynn.

Offaly and the Greyhound industry lost one of its greatest greyhound enthusiasts on Monday with the announcement of the passing of Croghans own legendary Paddy (Patsy) Merriman. Paddy was one of the top owners/breeder and trainer for over fifty years. His dogs ran under the “Highview” prefix and with his sons Gerry and Declan the Merrimans became a formidable greyhound enterprise. The kennel is on record at the moment of having over 600 winners but I’d say there were many more in the future. Paddy, ever the gentleman, was a quiet, unassuming man but a great character when you got him chatting. In 2019, Paddy received a Special Merit Award from the Greyhound Board for his services to the industry. He will be sadly missed by family, friends and all in the greyhound industry.  Paddy's legacy will continue via his son Gerry who will be continue to turn out the winners under the Highview name. May Paddy rest in peace.

There were only five Offaly winners this week. Congratulations to all involved.