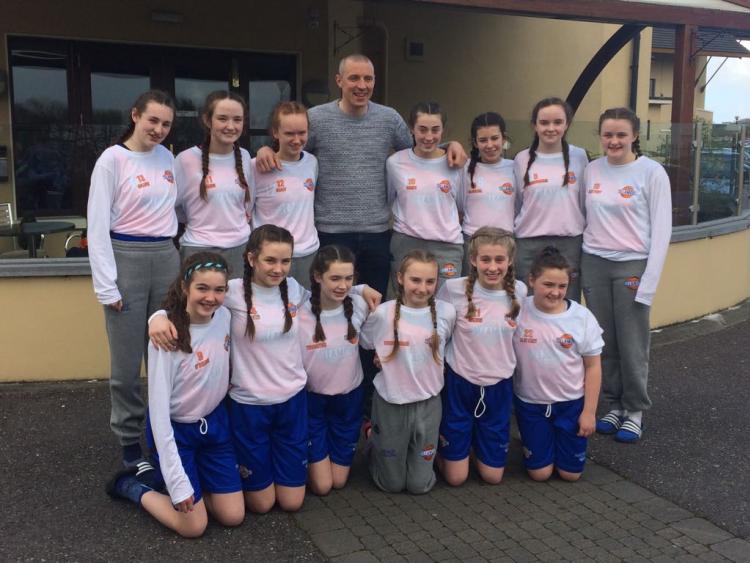 The Tullamore under 14 girls embarked on the long trip to Kerry last Friday to take part in the All Ireland B Club Championships.

The girls were preparing to go for a win in their first game against the top team in Ulster, Letterkenny Blaze. The game was close until half-time thanks to good scores from Kate Healy and Aine Bermingham.

Blaze opend a gap in the third quarter which they kept up to the finish.

Tullamore's second game was against red hot favourites for the title and eventual winners St Mary's, Castle Island. The Tullamore girls led as captain Shauna Slattery and Eimear Galvin shocked the Kerry girls in the first quarter jumping off to an 8-3 lead.

Tullamore still led at half time 9-8 and although Castle Island eventually took over on the scoreboard, Emily Cunningham's long range shooting kept Tullamore in the hunt right up until the last quarter.

These results meant Tullamore went into a group section that pitted them against Andersonstown Tigers from West Belfast. In this game the Tullamore girls really showed their ability by jumping out to strong lead with baskets from Aoife Shaw and Hannah Carey.

The momentum was kept up throughout the second half with Maeve McGreal shooting a tidy jumper and Sophie Thorntons aggressive defence resulting in a good win for Tullamore.

The girls were tired at the end of a day of three intense matches but a chance meeting with Kerry Basketball and Football player Kieran 'Star' Donaghy reinvigorated the team and supporters as he stood in for a photo and wished the girls the best for their final game the following day.

The fourth game of the weekend was against Clare Comets. Tullamore were eager to finish the tournament on a high, so it was an opportunity for the three youngest players on the squad, Julia Slattery, Niamh Galvin and Siun O'Brien to strut their stuff.

The trio were in great form including scoring some nice baskets. Abbie Keyes' tough defence and rebounding ability ensured a comfortable enough victory to round off the tournament.

The long road home felt shorter as the journey was filled with memories and stories of a great weekend away with family and friends for the team.

Tullamore BC is extremely proud of the girls and wished to thank coaches Orla and Richie and also all the many supporters who came from far and near to cheer the team.