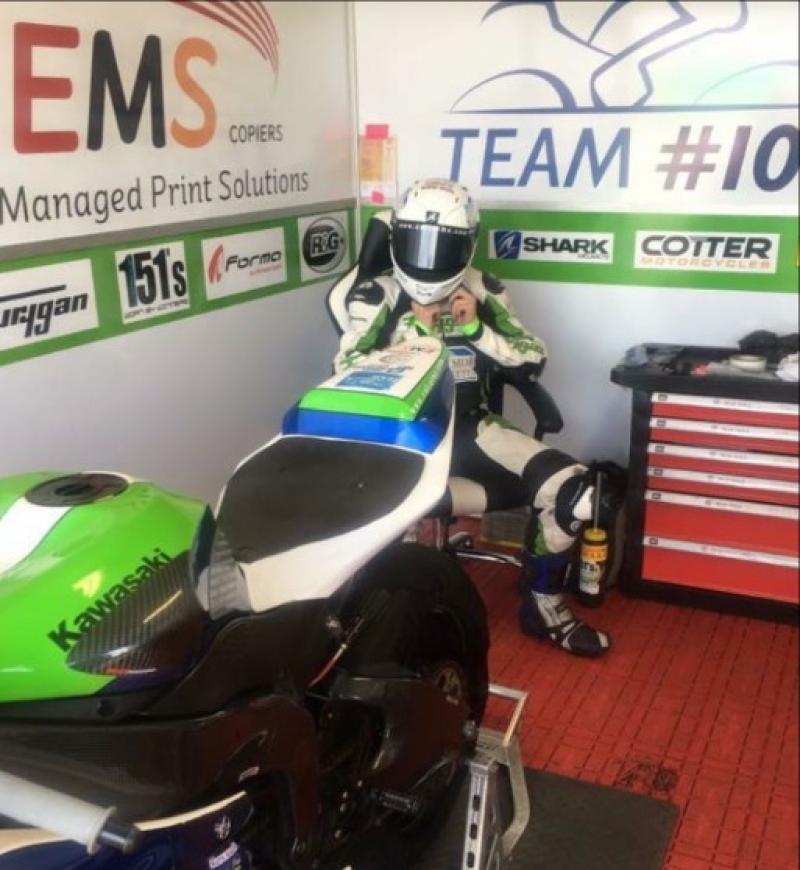 Edenderry motorbike champion Kevin Keyes was back home in action with his team in Mondello Park last weekend, for the final round of Supersport 600's in the Masters Irish Superbike Championship.

The weekend kicked off on Saturday morning with qualifying, in which Kevin finished in P3. In the first of the weekend’s three races that afternoon, he got a good start to the race and over the first few laps he was fighting with two others for the first three positions, but then a slight mechanical issue slowed him down and restricted any further progress in this race.

However he did manage to put in the fastest lap time in that first race, to leave him in pole position for Race 2 on Sunday.

With the issue from Saturday sorted, Kevin and the team must have been really looking forward to the second race of the weekend, and he repaid that eagerness with a brilliant display of racing, leading and swapping positions in the top three for all of the race, eventually finishing in a well deserved second place and getting on the podium for a second time, on only his second visit to Mondello this year.

For the third and last race of the weekend, Kevin started from P3 after posting the third fastest time in race two. And yet again he had a great race start. He was more than holding his own in the front group, switching between 1st, 2nd and 3rd when the race was red-flagged on lap four. At the re-start, with the tyres on the bike now having started to almost reach their limit, he had somewhat of a struggle to keep with the leading group, but he kept in touch and finished in a good solid fourth place.

Overall a great outing at his return to competitive racing back home for the weekend and more good momentum built ahead of the return to the last round in the BSB Pirelli National Superstock 600 championship in Brands Hatch on the weekend of Oct 13th-15th.

After the race Kevin told offalyexpress.ie that he had a “great time racing at home with the Supersport boys.  Thanks to all my sponsors who came to see me this weekend, was great to have you guys there.   Two 4ths and a 2nd and 3 front row starts with a pole position,” he said before adding: “Roll on Brands !”