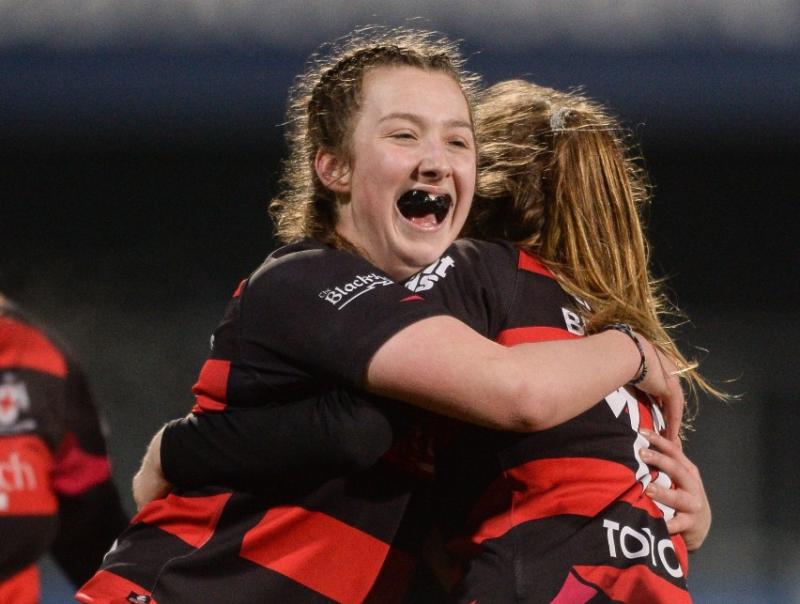 Tullamore secured their place in the Womens All Ireland League for next season after an emphatic win over City of Derry in the AIL Qualification Final on Sunday in Spollanstown.

Tullamore, the newly crowned Leinster champions, sprinted out of the blocks against the Ulster side and had two tries on the board inside the opening eight minutes with Ciara Dunican and Shannon Toughey both crossing the City of Derry line.

Clare Cantwell and Roisin Kane got in for the third and fourth tries with Pauline Keating adding conversions to leave Tullamore with a 24-0 lead inside of 20 minutes.

Roisin Kane and Ciara Dunican each crossed for their second tries before the break to leave Tullamore in a commanding 36-0 lead at the break in front of their home support.

Early in the second-half Caroline Aherne, who had only recently joined the fray, touched down for another Tullamore try to extend the lead to 41-0. Kim Cobbe completed the scoring for Tullamore when she crossed the line leaving the home side with a 46-0 lead and their place in the AIL for next season assured.

Late in the game, City of Derry crossed for a consolation try that was converted but Tullamore were the team celebrating at the final whistle.

Also on Sunday, Tullamore also won the U-18 Leinster Girls Cup Final with a 24-7 win over Wicklow. A first-half try and conversion from Megan Burns gave Tullamore a 7-0 lead at the break.

Holly Ravenhill added a second try shortly after the restart with Megan Burns adding her second to give Tullamore a 17-0 lead.
Kate Foxe got in for Tullamore's fourth try which was converted by Megan Burns and while Wicklow did cross for a late consolation score, Tullamore won comfortably by 24-7