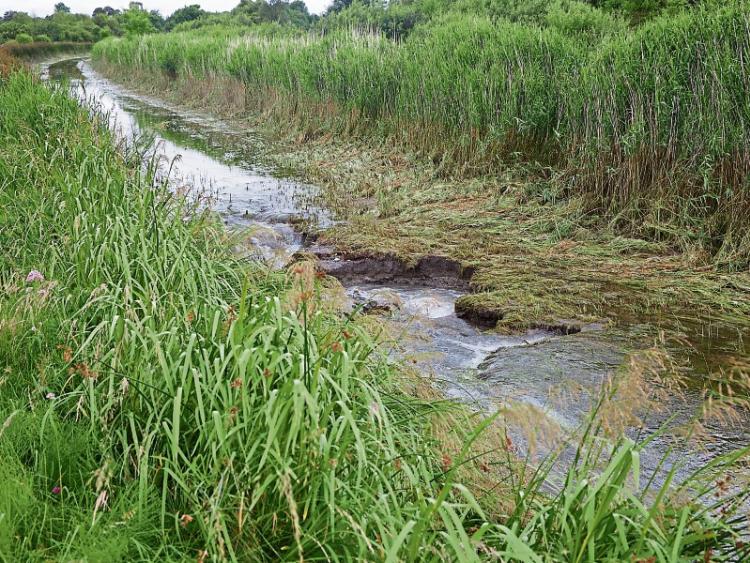 Water drained from the canal when a pipe burst underneath it last July. Photo: Tony Keane

The Grand Canal is to reopen to boats next week in Kildare, five months ahead of schedule with repairs to a burst pipe almost complete.

The breach last July caused the water to empty almost entirely from a stretch of canal between Rathangan and Glenaree.

A Waterways Ireland spokesperson said yesterday: “The Barrow Line works are practically complete. A very extensive job was undertaken by Waterways Ireland staff to clear the debris, put a new pipe is in place and reform the bottom of the canal with liner and puddle clay.

“Waterways Ireland plans to start introducing water gradually this week. It is likely that the Barrowline will reopen to boat traffic by early next week.”

Water gushed out from Grand Canal on Sunday night, July 10 after an underground tunnel collapsed, funneling floods into neighbouring fields like a stopper being unplugged from a bath.

The extensive works were expected to take far longer with the expected reopening date set for March 17 2017.