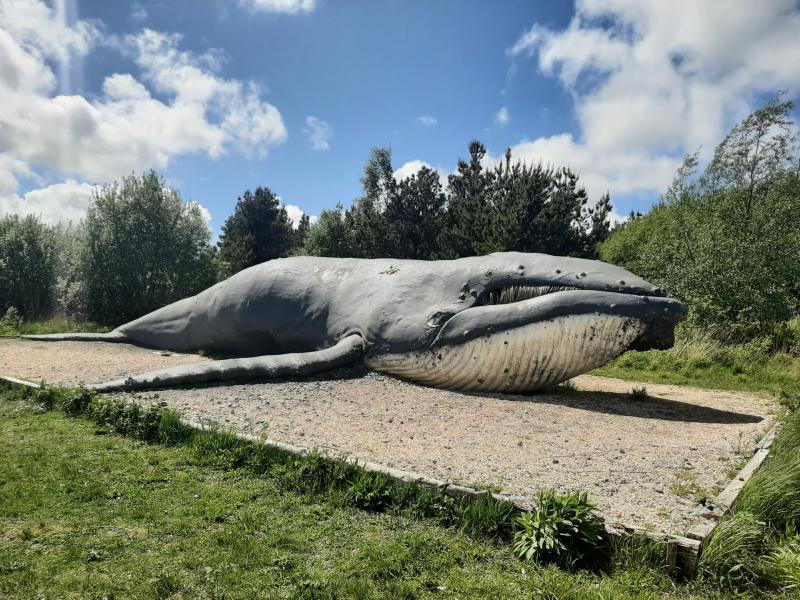 AFTER a few short years beached in Offaly, the 60-foot whale in Boora is on the move.

The fake sea creature was rescued from almost certain destruction by Bord na Mona after being created for the hit TV series Vikings.

The scene involving the whale (see a still below was filmed in a bog in Co Kildare and the episode was first aired in Ireland in late 2020 and in Canada in early 2021. 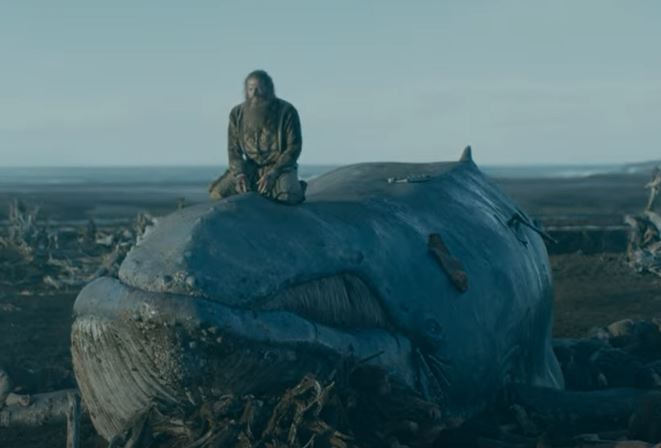 Once the producers were finished with the massive prop, they decided to offer it to Bord na Mona instead of sinking it for ever, hence its surprise appearance just inside the entrance to Lough Boora Parklands.

Now, however, it looks like the whale's current residency is coming to a close.

When the whale initially washed up in Boora some thought it must be a reference to the bog's prehistoric heritage, like the nearby uprooted ancient trees.

But no, it seems whales never swam in the Boora area.

At the time of the whale's move from Kildare to Offaly, the episode had not been broadcast and a confidentiality clause was in place.

“He appeared here a year-and-a-half before the programme actually came out and we couldn't talk about him,” said Lisa Healy, a guide at Lough Boora.

“It needed a home or it was going to be destroyed,” she added. “So we took it but people were thinking 'Game of Thrones' or whatever so it didn't fit with what we are doing here.”

The whale was nonetheless a hit with Lough Boora visitors and many posed for pictures with him, so many that Bord na Mona had to put up signs discouraging people from climbing up on his back.

WATCH: A bloody fight scene in Vikings ends with actor Adam Copeland, playing the deranged madman Kjetill, mounts the whale which is now in Lough Boora.

Julie McLoughlin, manager of Lough Boora Discovery Park, said Bord na Mona had yet to decide exactly what to do with the whale.

“The whale has no significance so we're hoping to put [alternative] plans in place. I've been trying to see if I could find someone who would like a whale but it's not that easy.”

Ms McLoughlin was speaking on the day Bord na Mona marked National Biodiversity Week with a guided tour at Lough Boora by one of the company's ecologists, David McNicholas.

“We got our ecologists out on the ground to give people an idea of what's actually in the parklands. We hope to do more and more of that,” she said.

The bike hire service resumed in April and is currently open five days a week but will expand to seven days for the summer.

There was controversy when the original bike rental operator Pat Barrett failed to win the contract to continue and a Dublin-based company run by GAA star Conal Keaney was instead chosen.

Ms McLoughlin said Bord na Mona is delighted with the service Orla and Sean Clancy are providing in place with the Organic Kitchen.

Guided 90-minute tours are available at Boora as are 5k and 10k walk options, plus the cycle tours around Lough Boora as far as Turraun.

In the longer term, a cycle route linking Lough Boora with the site of a proposed Bord na Mona wind farm in Derrinlough is being considered.

Lough Boora was also used recently for a Darkness Into Light fundraiser for Pieta House.