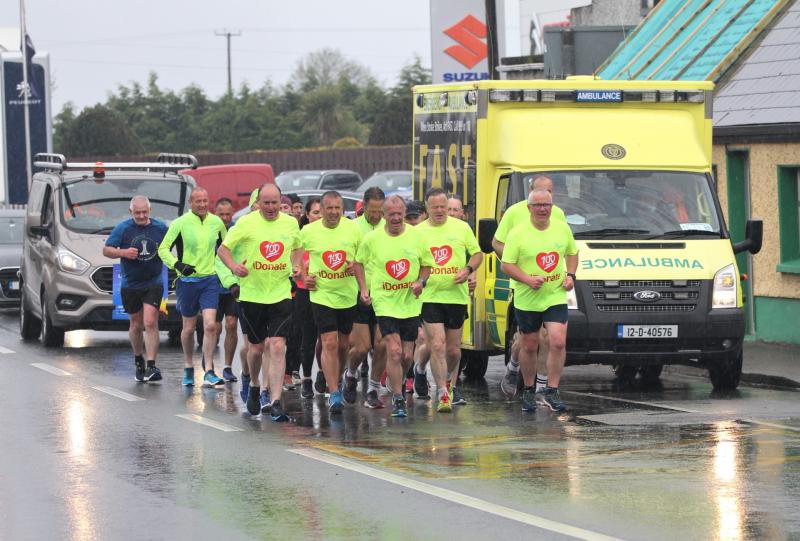 The runners arrive back in Cloghan on Sunday evening Pic; Rose Mannion

Six brave men took on the challenge to raise much-needed funds to get a hospice built in the Midlands, the only region in the country that has no hospice. When built the Midlands Hospice unit will cover Laois, Offaly Westmeath and Longford.

The organisers would like to thank everyone for supporting the very successful run. A special word of thanks to the businesses and the athletic clubs along the routs over the two days. All sponsors, all who turned out to cheer on and encourage the runners, the support team of Paddy Daly, Damien Brazil, Ray Bell, Noel Horan, Gemma Mulvey and Ava Daly.

Thanks to Johnny Mann of Offaly Hospice, Civil Defence team, Will Faulkner and Sinead Hubble of Midlands 103 and local Garda Brendan Kenny.

You can still donate to the Offaly Hospice fund on the IDONATE Valentine’s 100k page which remains open until June 7.