Bean there, done that: Wolf down this beer 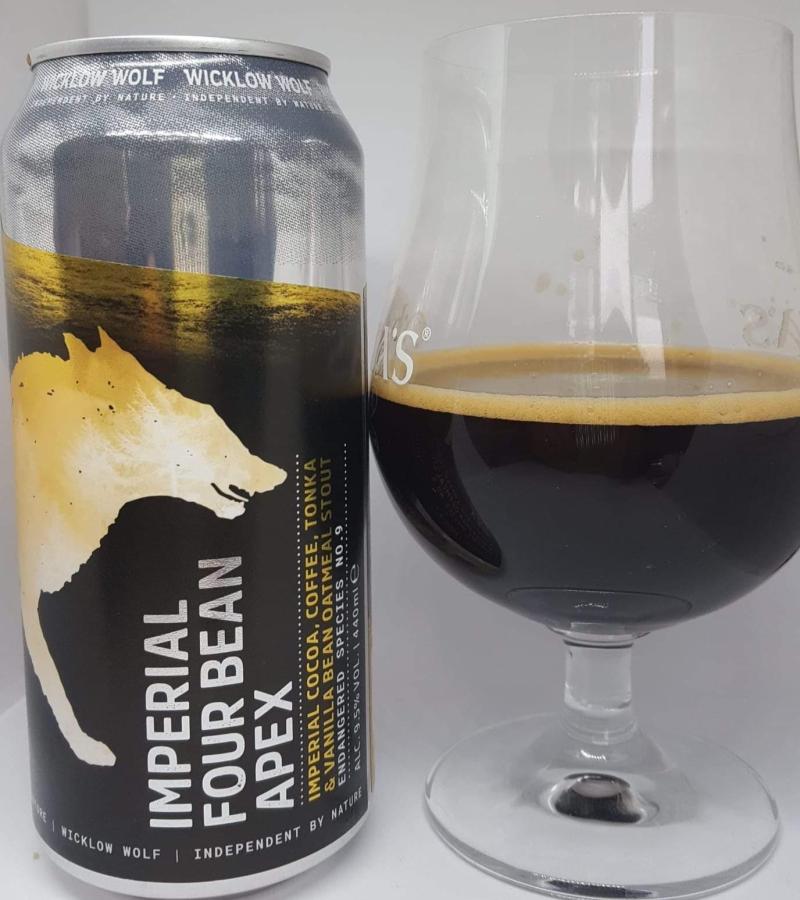 WICKLOW Wolf brewing company in Bray, do very little wrong when it comes to brewing beer and even when they are experimenting with brewing styles or brewing adjuncts they still manage to concoct some great tasting brews.
An adjunct in brewing terms is anything other than malts, hops, yeast and water.
When a brewer adds an adjunct to beer, the intention is usually to do one of two things; increase the alcohol content or add another flavour. As part of their 'Endangered species' brewing series that has seen eight other small batch, one-off brews, Wicklow Wolf have created a beer with four different adjuncts and they all share two things in common - they're all beans and they're all in the beer to add flavour.
Sometimes adding too much flavour to beer can stifle the original malt and hop flavour profiles so brewers have to be very careful when adding any adjuncts not to make the beer taste gimmicky.
In particular, this week's beer for review 'Apex 4 bean imperial stout' is showcasing some very strong flavours that require a strong enough beer to be able to carry the flavours they bring.
Cocoa beans bring a mild smooth and mellow stage-setting flavour while coffee beans add a light fruity element to the beer that compliments the 9.5% oatmeal stout.
Vanilla beans are added to add yet another flavour profile and in this beer they are right upfront but the star of the show is a healthy addition of earthy and woody Tonka beans.
Tonka beans are found in southern American equatorial climate regions such as the Amazon rain forest and when dried and ground they can give aromas very similar to that of cinnamon or light clove which both go well in this dark malty beer.
Additionally, Tonka adds a cherry note to this viscous thick jet black beer. This one's a real sipper and a beer to be savoured or shared! Very enjoyable indeed.
For a more in depth look at this beer join me on my YouTube channel Views on Brews.