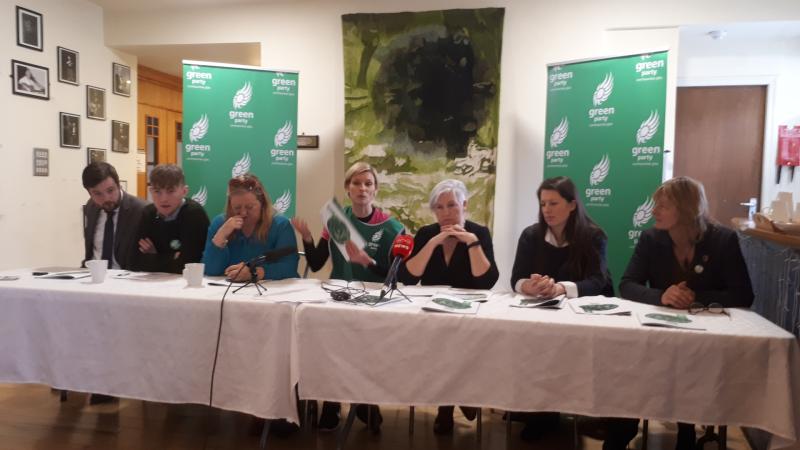 Powerful Offaly Green Party Minister Pippa Hackett has gone on the offensive against criticism of the future of bogs in the region.

The Senator who sits at the Cabinet table with Micheál Martin and Leo Varadkar issued a press release after speaking on this subject in Seanad on Monday.

“They want to bring tourism to the area, they want to work in renewable energy, and they want to create ‘people-first, town-centre first' futures for towns like Portlaoise and Tullamore,” she said.

Senator Hackett said nostalgic memories could not be allowed to hold the Midlands back. She accused fellow politicians of wanting to keep counties like Laois and Offaly in the past, forever suppressed, for a few populist, self-serving headlines.

“As a progressive, pragmatic, green politician, I refuse to accept the destructive story that decarbonising this important region means we are losing something valuable,” she said.

“We are not and I’m calling that out – because what we are actually doing is gaining.”

Minister Hackett said the younger generation is well aware of the need for change.

“The fact is our children will not be heating their homes with turf or coal, or even oil or gas. They will be using electricity and that vital energy will be generated from renewable sources – of which we have an abundance.

“Our children know this. They are environmentally and socially aware. As policymakers and legislators, it is our responsibility to be so, too,” she said.

The statement said the Minister of State at the Department of Agriculture said she was focused on a clean, green future for the next generation.

“And when they want to come home, come home they will...to good jobs, to a place where they can settle and rear their families, and to an area which has rejuvenated itself into the vibrant and modern region it deserves to be," she said.

Among those who have been vocal in criticism is Offaly County Councillor Ken Smollen, who, like Minister Hackett, was not elected to the Dáil when he contested the 2020 General Election in Laois Offaly.

He posted in recent days his memories of the bog in which he took a swipe at current policy.

"While it was all very hard work, I still look back on those great times and wonder how we've allowed men and women in city offices, many of them not ever having set foot in Ireland, never mind having stood on a bog to dictate to us in 2021.

"The problem is that many of our own homegrown city boys and girls know little or nothing about country life, nor do they care as they willingly allow the money men and women of the world to drown all of us in bureaucracy...Retrofitting (a new political buzzword) your home is supposedly the future for home owners at the small cost of anything between €15,000 - €70,000 - but shur isn't there a 50% grant available.

"And there's yer man again in his plush city office rubbing his hands together at the thought of the millions in profits he's shortly going to pocket with the help of his many politician friends who are totally compromised by their connections to the Renewable Energy Industry," he said.