The big impact of Covid on our mental health 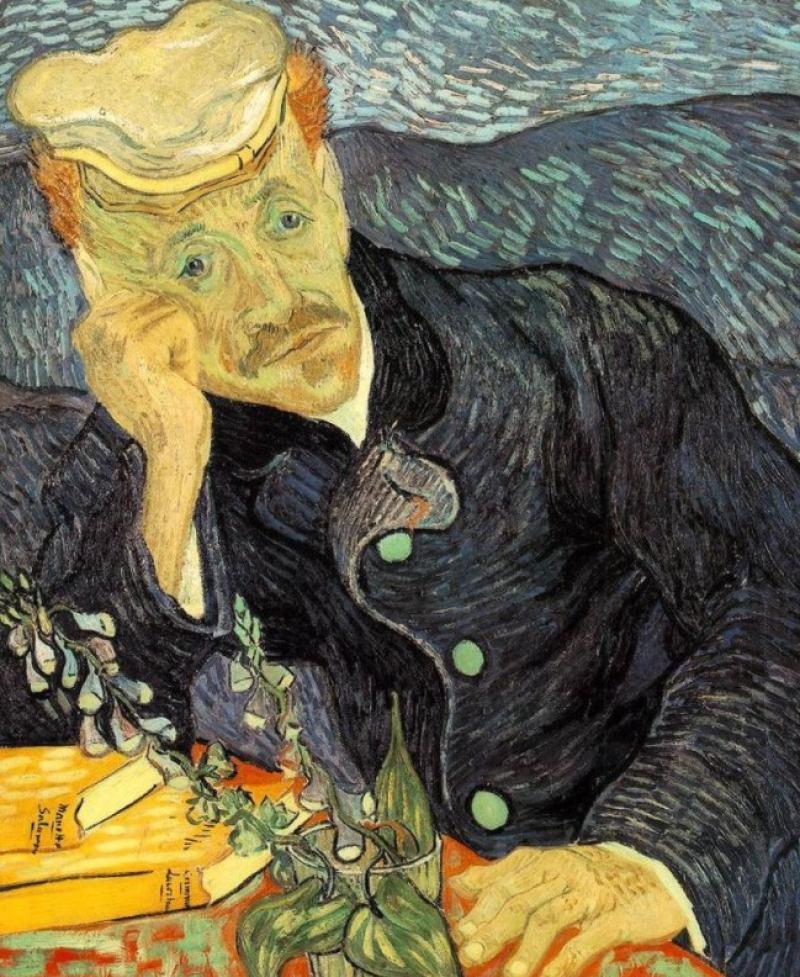 "Portrait of Dr Gachet" by Vincent Van Gogh, painted in 1890

According to a US census report released last week more than one in three Americans are reporting anxiety and depression symptoms. This time last year the figure was one in ten.

A study done in the UK (reported recently in The Lancet medical journal) found an increase in mental distress compared to this time last year. Women, teenagers, those with pre-school children, were particularly vulnerable, according to the Lancet report, and were reporting the highest rates of anxiety.

A poll by the Mental Health Foundation in the UK, also published last week, found that one in five adults felt panicked and hopeless; three in ten felt afraid of the coronavirus pandemic with experts saying it could cause suicide rates to soar; more than a third of young people have lost hope over future aspirations due to the pandemic.

I was watching a celebrity's YouTube channel recently and he read out some messages which had been sent to him by fans. “I have been the loneliest I have ever been in my life for the past five or six years,” said one female fan. “This pandemic has made my already terrible loneliness and isolation devastating. It feels like psychological torture. I'm convinced it is.”

A male fan wrote, “It's really lonely at my house. I'm single, live with my two teenage daughters. We stay at home all the time. So many things around the world right now seem so depressing and hopeless.”

Another wrote, “My nine year old niece wrote on a piece of paper that life is falling apart and she is depressed and she just looks at screens all day.”

According to a joint study carried out by Maynooth and Ulster Universities (which can be viewed on the website  researchgate.net) Covid-19 caused an increase in the rates of anxiety and depression in the general population in the Republic of Ireland during the first Lockdown. The study found that anxiety and depression were common experiences in the population during the Spring shutdown. It found that more than one-in-four (27%) people screened positive for anxiety or depression during the first week and that people aged 65 years and older were especially prone to anxiety. Women and children were also more susceptible to feeling mental distress. People were worried about not being able to pay bills and about becoming infected with the disease.

“In addition to representing a major threat to the population's physical health,” wrote the University Professors, “the Covid-19 pandemic in Ireland poses a threat to the population's mental health due to increased and prolonged feelings of fear and uncertainty; separation and grief; and disruption to social and economic systems. Emerging international evidence indicates that PTSD (post traumatic stress disorder) and depression symptoms were common in the general population during the early phase of this pandemic.

“Another threat to the population's mental health is the implementation of nationwide quarantine measures enacted to curb the spread of Covid-19. While quarantine can be an effective public health measure, it comes at significant economic, social and psychological costs.”

The professors compared their Irish study with studies done in the UK. They said there were a number of similar reactions between the two populations. However, they pointed out that, in financial terms, the average citizen in the Republic is more fortunate than the average person in the UK. “The latest Organisation for Economic Cooperation and Development (OECD) figures show that the Republic of Ireland's GDP per capita is nearly twice that of the UK, the national net income in Ireland is about 20% higher than in the UK, and Ireland's social welfare provisions are substantially higher than the UK's.” The studies therefore found that anxiety caused by low income was more of an issue in the UK than in Ireland. The higher death rate in the UK was also a cause of greater anxiety.

One of the interesting facts in the Irish study relates to the SARS epidemic in Hong Kong in 2003. A 30% increase in suicide was observed among those aged 65 years and older in Hong Kong during SARS.

At the end of October, a number of people told The Irish Times how they were feeling during the pandemic.

“I'm very isolated and have seen no one for a very long time,” said one. “I am at home with my partner all the time and it is extremely difficult” wrote another. “I have been highly anxious and am having very intense feelings of outrage at work,” said a third. These comments were made when the country was under less severe restrictions, just before heading into a six-week Level 5 Lockdown. We have, of course, been in Level 5 for several weeks now, since Christmas, and the severity of this is exacerbated by the winter.

"I haven't come across any up to date Irish studies of how we are faring mentally at the moment during Covid, but I would guess that the number of people being affected by anxiety and depression has increased since the Spring 2020 Lockdown.

“The people who are ill with Covid-19 require immediate care, but there is silent suffering too,” said Brendan Kelly, professor of psychiatry at Trinity College Dublin.

There has been an increase in prescriptions for sleeping tablets, anxiety medicines and anti-depressants. According to surveys, hospitals and mental health professionals, more patients have been presenting with self-harm.

A pychiatrist in Saint John of God Hospital, Dublin, Dr Stephen McWilliams, made a really important point a couple of months ago: “It is important not to pathologise the legitimate worries that people have – people are allowed to be anxious when things are uncertain – and the vast majority of people will have no mental illness, they are just anxious.”

The callous and the patronising often overlook Dr McWilliams' point. They like to dismiss people's genuine concerns. This macho and stupid response is unfortunately pretty common in a society which is driven by competitive, capitalist values. Yes, of course it is correct to pathologise some cases but with a lot of people it's completely off the mark. Often feeling worried and downbeat is a very natural response to the circumstances which, through no fault of our own, are afflicting us. Sometimes these circumstances are a disease, such as Covid-19; sometimes they are nasty, self-serving people. As someone astutely and famously wrote,

“Before you diagnose yourself with depression or low self-esteem, first make sure that you are not, in fact, just surrounded by #!%holes.”