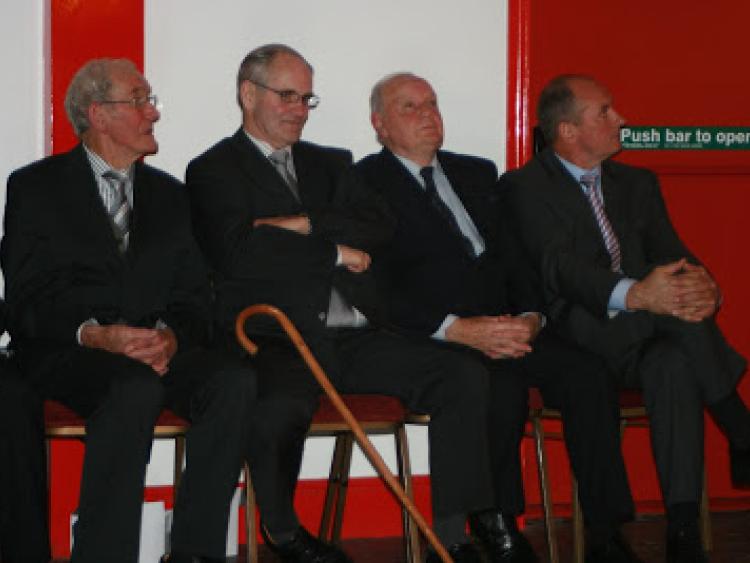 The sad death has taken place of an Offaly football hero from the 1950s and 1960s. Edenderry man, Tommy Cullen died on Monday evening after a long battle with ill health.

Cullen was a key figure on the first great Offaly football side, the 1960 and 1961 Leinster senior football champions.

He played mainly on the half forward line and wore the number 10 jersey in an agonising 3-6 to 2-8 defeat by Down in the 1961 All-Ireland Senior Football Championship final – that was played in front of a record attendance at Croke Park.

A very highly regarded forward, he made his debut in a heavy 1957 National Football League defeat by Louth and went on to play 58 league and championship games for Offaly between then and 1968.

He was still a minor when he made his Offaly debut in 1957 and he played in both Leinster minor football and hurling finals that year – the hurlers lost to Kilkenny and the footballers were beaten by Meath. 1957 was a special year for him as he also won his only Offaly senior football medal.

He continued to give great service throughout the 1960s as an outstanding new generation began to emerge on the scene. His leadership helped bed many of these into inter-county football – Offaly won the All-Ireland Minor Football Championship for the first and only time in 1964 and several of this team were soon thrown into senior fare and they eventually backboned the 1971/1972 All-Ireland championship.

He was one of the last of the 1960/1961 team to drift off the scene, playing his last game in a 1968 championship defeat by Laois. He was wing back that day with three more of his 1960/'61 team mates lining out – John Egan was corner back, Greg Hughes centre back and Paddy McCormack, the last man standing from that heroic team and a full back legend in '71/'72 was tried at corner forward that year. That team featured future heroes, Martin Furlong, Mick Ryan, John Smith, Larry Coughlan, Sean Evans, Tony McTague, Willie Bryan and Nick Clavin.

He was a hugely popular individual in his beloved Edenderry. He served his club well for years after his retirement from playing, serving on committee and a selector on several teams, including the 1985 senior football champions. A devoted husband and father, one of his sons, Finbarr was a brilliant centre half back on the Offaly team that won the Leinster Senior Football Championship and National Football League in 1997 and 1998 as well as being a great international rules player – and he went a step further than his father by winning both Leinster minor football and hurling medals in 1989 when he also won an All-Ireland minor hurling one while the footballers were beaten by Derry in the All-Ireland final.

Tommy Cullen had a great force of personality, he was a great conversationalist and he was a great supporter of his home town and charities. He was a prominent business man in Edenderry for decades, owning his own garage and later expanding it into a very successful shop and Filling Station, before selling that on some years ago.

Due to current Government guidelines there will be a family Funeral this Thursday at 12.00 in St. Mary's Church, Edenderry followed by burial in St. Mary's Cemetery.