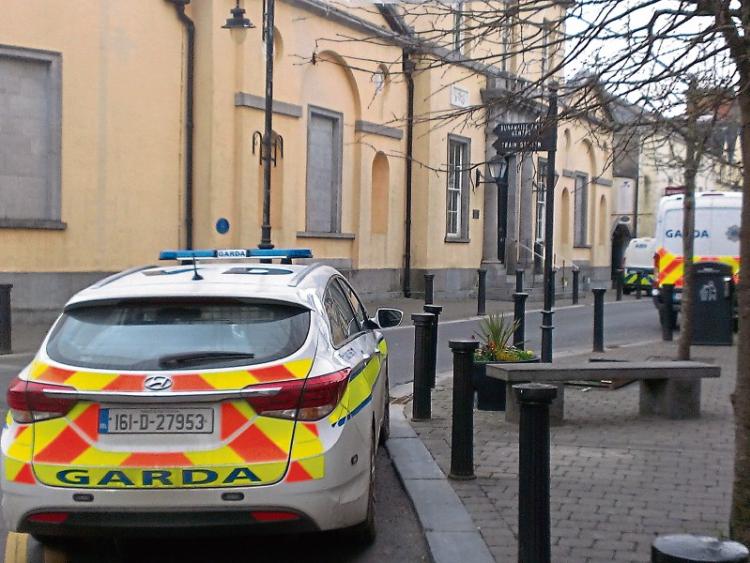 A 15-year-old Laois youth has been given a juvenile caution in a case in which he was charged with assaulting a member of the Rosenallis juvenile GAA club during a hurling match.

The youth, who cannot be named, was charged with assault causing harm at Portlaoise District Court recently.

The offence occurred on April 20, 2017, at the Rosenallis GAA grounds.

Portlaoise District Court heard on Friday that the youth had been given a caution by the Garda Juvenile Liaison Officer.

State’s evidence outlined that during a match between Rosenallis and Clonaslee, the accused ran at the injured party and struck him on the left temple with a hurl, rendering him unconscious.

The injured party was hospitalised with a blunt head injury. He was subsequently re-hospitalised on April 26 with suspected post-concussion syndrome.

The case first came before the court last December and was adjourned on a number of occasions to see whether it could be dealt with by way of the accused receiving a caution.

At a sitting of Portlaoise District Court, Sgt JJ Kirby said that the Juvenile Liaison Officer had administered the caution on March 9 last and as far as the State was concerned that was the end of the case.

The parents of the injured party were in court and Judge Catherine Staines informed them that the Juvenile Liaison Officer scheme allows for young people who were never in trouble before to receive a caution rather than enter the criminal justice system.

She told the injured party’s parents that she had no more function in the case and all she could do was strike it out.

Solicitor for the accused, Mr Philip Meagher said his client had learned a very salutary lesson and the matter had been preying on his mind and his family’s minds.

He wishes to put it behind him and very much regrets it, said Mr Meagher.