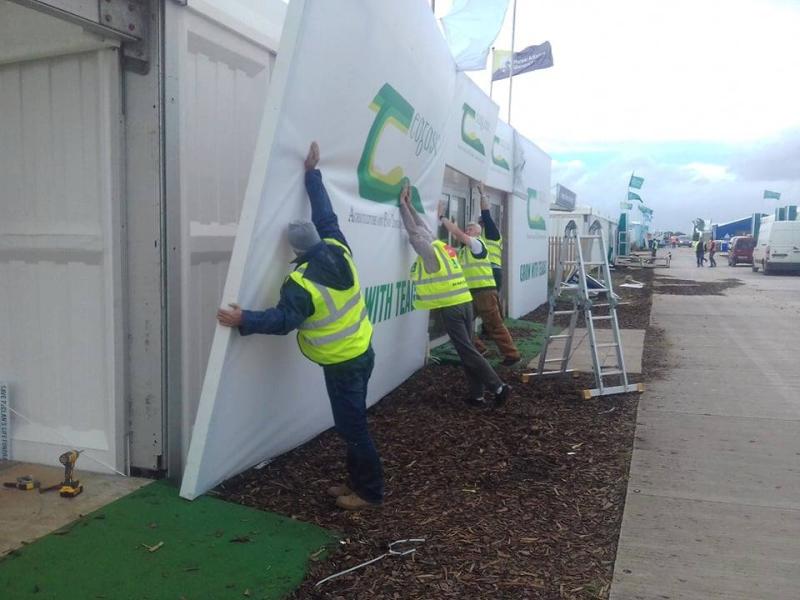 Exhibitors at the National Ploughing Championships site in Tullamore are set for a long night as they get their stands ready for Day 3 on Thursday.

The event was cancelled today after Storm Ali hit early this morning, causing widespread damage to the site and many stands and hospitality areas.

Ploughing bosses have said Day 3 will go ahead as normal with a large clean-up and repair operation getting underway on Wednesday afternoon after the winds had eased in Tullamore.

Speaking today, Assistant Managing Director of the NPA, Anna Marie McHugh said, "I just want to say thank you to everyone for their patience and understanding over the past 24 hours."

"As you are probably aware at this stage a number of stands in the event arena have been badly damaged, and in some cases completely destroyed. While the situation throughout the day was very fluid and changeable, most would agree that the right call was made to close the site out of concern for the public’s safety," she added.

"The good news is that we are now back on site, and the services such as electricity and internet access have been restored, and the clean-up operation is well underway. Most exhibitors are now setting about rebuilding their stands in preparation tomorrow morning and a band of volunteers and staff will be working throughout the night to ensure the site is ready to open at 9am."

She went on to say, "The NPA are also currently assessing the possibility of opening on Friday and we will be making an announcement regarding this on the national media later this evening."