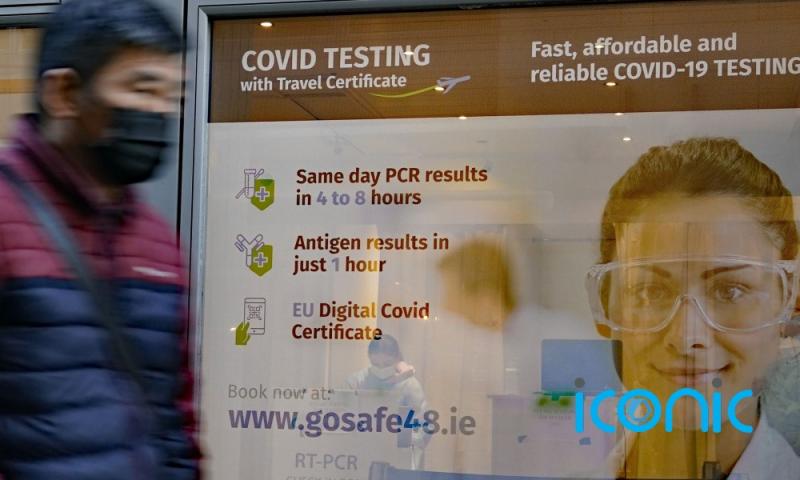 Rules for close contacts of Covid cases are to be relaxed in the coming days if the Government agrees the changes, the Health Minister has said.

Nphet has recommended that people who are deemed close contacts but have received a booster vaccination and have no symptoms should no longer have to isolate for five days.

Those who have not received a booster should restrict their movements for seven days.

Minister Donnelly admitted there is “an element of risk” in relaxing Covid restrictions for close contacts.

“We have seen ECDC (European Centre for Disease Prevention and Control) advice and undoubtedly if we relax the rules on close contacts it does add an element of risk,” he said.

“Before Christmas I asked for an all-hands-on-deck approach right across the healthcare community and people stepped up in an incredible way.

“Our general practices, the doctors, nurses, our pharmacists, and everyone working in the pharmacies and the amazing people working in our vaccine centres, they stopped a lot of the other work they were doing.

“They vaccinated so many people. We are second in Europe, we were leading in Europe for quite some time.

“We got as many of the vulnerable groups vaccinated as possible before this Omicron rocket took off. We knew it would.

“I want to give thanks to everyone involved in that programme. It has been a real national effort.”

The minister said an online portal to allow people to upload positive antigen test results and close contact details will be put in place in the next few days.

He said the Health Service Executive (HSE) is working through the final logistics and the technical requirements before it can go live.

Around 2.5 million booster jabs have been administered, and Minister Donnelly said it is the success of the booster campaign that has allowed the Government to change the rules.

“We have the second highest reported cases in Europe and yet, while other countries are looking at serious measures, we are looking to ease the burden on other people,” he added.

“It is a testament to a national effort.

“We have a lot of people out of work or people who want to go about their lives. It’s quite a burden. People have followed it very closely which, I think, is why we are in a positive place right now.”

Minister Donnelly said the changes will be implemented in the coming days.

Taoiseach Micheál Martin said 10 million vaccinations have been administered in the past 12 months.

He added: “The advice has been very clear and all of this is about balance in terms of supply chains and essential services.

“There will be further meetings about the restrictions. The peak has not yet been reached. Public authorities anticipate that we will reach the peak within the next week or two.”