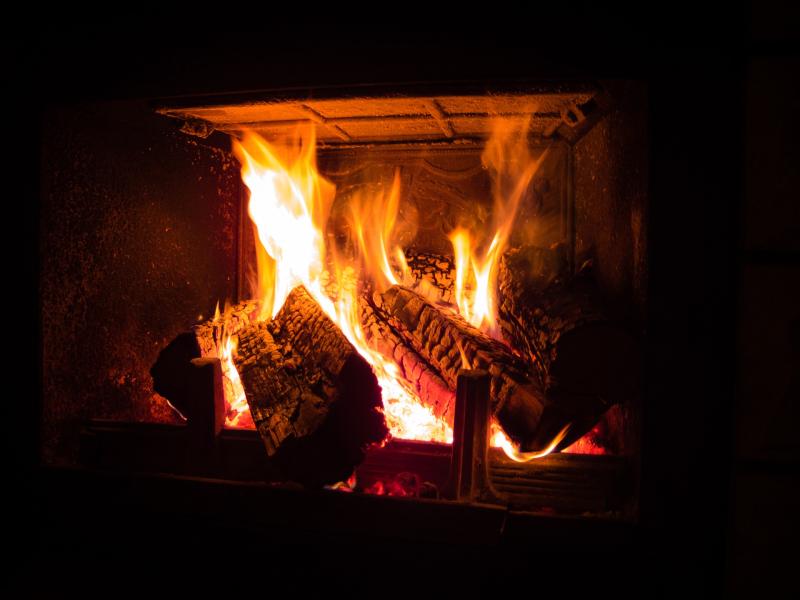 Irish people must break their emotional bond with "cosy" fires that are fueled by wood and peat burning — that's according to one leading chemistry expert.

The comments come from Professor Emeritus of Chemistry at UCC, John Sodeau, who told The Irish Examiner: "Irish people have an emotional attachment to the cosy fire, it is deeply embedded in the culture."

"It will be a challenge to break that bond, but it must be done if the air quality in our towns and villages is to improve," he said.

Prof Sodeau's call follows after the Environmental Protection Agency said that the burning of solid fuel in villages, towns and cities, particularly outside of Dublin, is the largest contributor to poor air quality.

The group also recently produced a report, titled "Air Quality in Ireland," that showed that four of the five worst areas for air quality in Ireland last week were in Munster.

Specifically, air quality sensors found that Macroom, Tralee, Waterford, Letterkenny and Ennis had the most particulate matter (PM),  which refers to all solid and liquid particles suspended in air such as dust, pollen, soot, smoke, and liquid droplets, in the air over the seven days.

The EPA added that Ireland was above World Health Organisation (WHO) air quality guidelines for PM, sulphur dioxide and ozone at 52 monitoring sites across the country last year.

The agency further explained this morning that there has been a fall in air pollution compared to last year, due to Covid restrictions, but reiterated the fact that levels of sulphur dioxide and ozone were above WHO air quality guidelines due to the burning of solid fuel for home heating.

Its report also estimated that there are 1,300 premature deaths in Ireland each year because of pollutants arising from the burning of coal, turf and wood.

In addition, The Centre for Research into Atmospheric Chemistry, which is located at UCC, this week advised people to avoid evening walks in areas experiencing poor air quality.