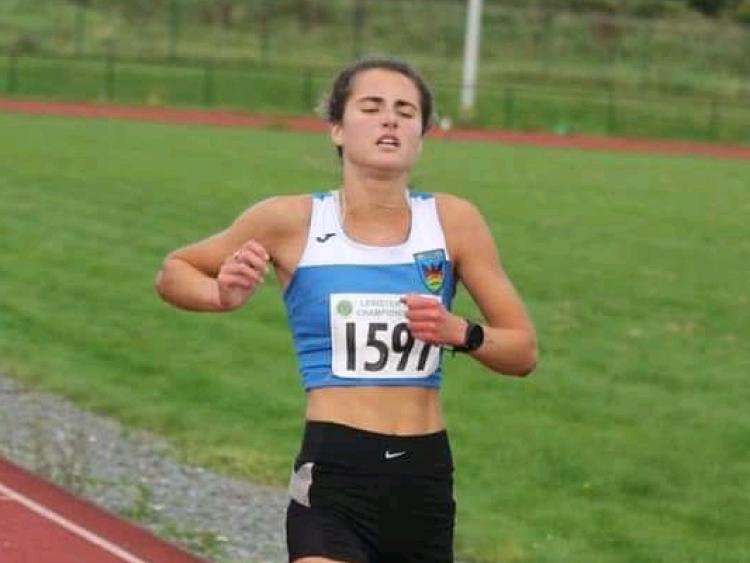 A VERY talented Cappincur runner has won a prestigious athletics scholarship to one of the USA's most famous colleges.

Laura Mooney will be heading to Providence College in Rhode Island shortly where she will combine her running programme with studies for a biology degree.

It is a huge opportunity for Mooney, who will come under the guidance of Ray Treacy, a brother of Irish Olympic marathon silver medalist, John Treacy and a superb runner in his own right in the 1970s and 1980.

Last Friday, she attempted to break the Irish U-20 5,000 metre track record at the La Cheile AC summer track and field meeting in Leixlip, but ended up having to settle for a personal best of 17.06. Running off her club mate, Ava O'Connor (the Laois woman had ran an 800 metre race earlier that evening, setting a new PB of 2.11:2 and she didn't finish the 5,000 metres) early on, she ran the first mile in a blistering 5 minutes 13 seconds and passed the 3k mark in 9 minutes 52 seconds. A 5.13 mile had her firmly on course for a sub 16.20 run and the record, however, the ferocious pace exacted a heavy toll in the last 2k as she suffered coming in and fell off the mark, finishing second behind Mullingar's Claire Fagan who broke 17 minutes in 16.59 – both women are coached by Tullamore Harriers juvenile coach, Damian Lawlor. Mooney is still under 20 next year and will no doubt target the Irish record again. The record of 16.19.80 was set by Sarah Collins of Walnut, California in April 2013.

In America, Laura should benefit greatly from the coaching of Ray Treacy, the Waterford native who has been athletics coach at Providence for 35 years – his contribution has been so powerful that the athletics track on their campus is named after him.

Treacy graduated from Providence in 1982, became their womens' coach in 1985 and the overall head coach in 1986.

Providence have enjoyed tremendous success in womens' college events and a number of Irish students have got scholarships there, including Marie McMahon-Davenport, Maria McCambride, Mary Cullen, Roisin McGettigan, Orla O'Connor and Alex O'Neill.

A fiercely dedicated trainer, Mooney was due to sit her Leaving Certificate this June at Scoil Chriost Ri in Portlaoise and she will embrace all aspects of running in America: track, cross country and road.

“I will do whatever they asked me to do,” she smiled last week as she talked with great excitement about her switch.