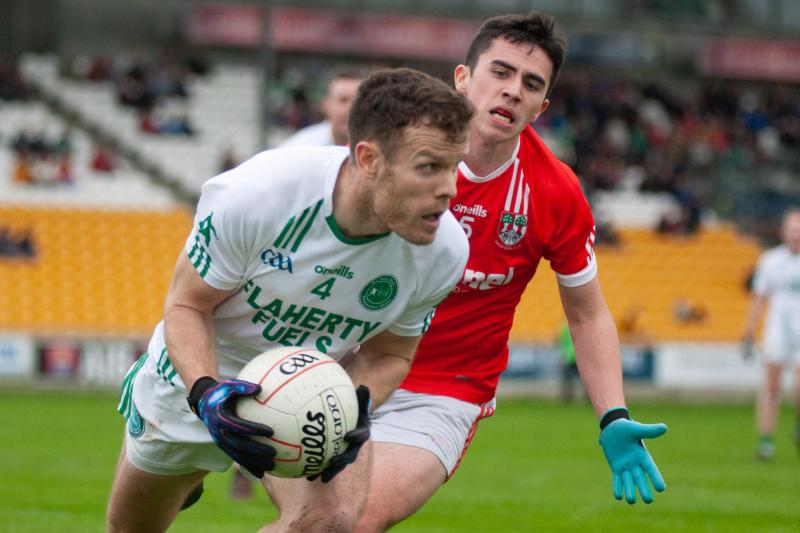 IT will be very interesting to watch how the Senior Football Championship unfolds this year. Holders Ferbane and a Rhode club who have dominated Offaly football for close on twenty years are the starters' favourites but it is very much all to play for.

Ferbane's performances will be particularly revealing this year. They made their long awaited breakthrough last year. Without a visit by the Dowling Cup since 1994, they had a few bad years before bouncing back as a force to be reckoned with into the 2010s. Fuelled by a great swell of underage talent who feasted on a host of championship wins, they knocked on the door for a few years but suffered some devastating defeats in big games – losing two finals to Rhode and pipped at the post by Clara in a gruesome semi-final loss.

They showed tremendous heart and character to keep going to the well and eventually got there last year, blitzing Rhode in the second half of the final. It was an absolutely crucial win for them and they deserved it after years of trying. There is pressure on them this year and they look to have most of the ingredients to win another few titles in the coming years. They certainly have the talent and they are the team to beat this year, even though you can make a strong case for making Rhode favourites.

While there was no doubting the merit of Ferbane's title win last year, they do need a second one to really prove their quality. Niall McNamee showed the ill effects of a heavy belt sustained in Rhode's semi-final win over Clara and since then a lot of people have wondered about what would have happened in the final if he was fully fit and firing on all cylinders.

Rhode's performances will be revealing this year. They have been a tremendous, powerful force in this decade, great to watch and almost unbeatable on their day but they have a number of players with a lot of mileage up – Alan McNamee has to be close to the end and players such as Brian Darby and Shane Sullivan are now in the Winter of their careers. Rhode have not enjoyed much success at underage level and there are doubts about the supply line up, though there is still good players emerging in the club and one of these, Aaron Kellaghan is a very definite addition at this level.

It would be very premature to talk about Rhode's swansong but this current group can't keep winning for ever. They remain, however, very serious contenders, and they are arguably the favourites.

Edenderry, Tullamore and Clara make up the second tier but doubts exist about all three. Tullamore should be very strong but had to survive a relegation play off last year while Clara need new leaders to lend assistance to elder statesmen, Scott and Ross Brady and Thomas Deehan. Edenderry are an engima. They looked very good for a while last year but were fairly well beaten by Ferbane in the semi-final and they are down a lot of long established players this year.

Richie Dalton (the new Raheen intermediate football manager), Sean Pender, David Hanlon, Sean Moriarty and Aaron McDonnell have opted out due to retirement, work and other commitments and while Edenderry have a lot of very exciting underage talent, it is difficult to replace players of this stature. Unless some of them can be got back, it is hard to see Edenderry replacing them at the moment but you never know

Shamrocks could be placed in that second tier as they look to have enough players to become a force again but they haven't the proven pedigree of Tullamore and Edenderry. They were so close to winning a championship in the 2000s, losing finals in 2000, 2005 and 2007 and that excellent team deserved one. It didn't happen and now a new generation is carrying the flag after a long absence out of top flight football. They can make great progress in the coming years. Talk of Shamrocks being good enough to win a championship this year is premature. They are improving, they will be competitive and they are capable of beating top teams but this talk is not based on hard facts at the moment.

Shamrocks, however, will have a chance of coming out of a group one that includes Ferbane, Edenderry and Bracknagh. Ferbane will be expected to claim one of the semi-final berths and the winners of Edenderry and Shamrocks could decide the other ones. Shamrocks will have a very good chance of winning this one, which comes in the second round, though history and form of recent years suggests Edenderry.

Bracknagh, promoted from senior “B” football last year are the outsiders in this group. They will give it everything they have and with Peter Cunningham on board, they will put it up to teams but avoiding relegation is their big target for 2020 – the bottom team in each group play off for the drop.

Group 2 consists of Rode, Clara, Tullamore and Cappincur – Cappincur have earned respect by virtue of their displays in recent years but like Bracknagh, their priority is to stay up and it looks like these sides could clash in the relegation play off.

Rhode are clear favourites in this group and Tullamore are the second favourites to accompany them though Clara will have plenty to say about this and they can't be ruled out of the equation.

Tullamore look to have the best prospects of denying Ferbane and Rhode. They have a very strong backbone, a lot of good emerging players. Last year's form doesn't back it up but Tullamore are past masters at getting on a roll that brings them to titles and they have serious prospects.

On paper, you could nearly go for Ferbane. They have some outstanding talent, a scoring machine in Cian Johnson while Joe Maher is a great performer for them. They are strong all over the field and are probably slight favourites but Rhode have been stung, they don't have the usual complication of county players being distracted and they could have another sting in the tail.