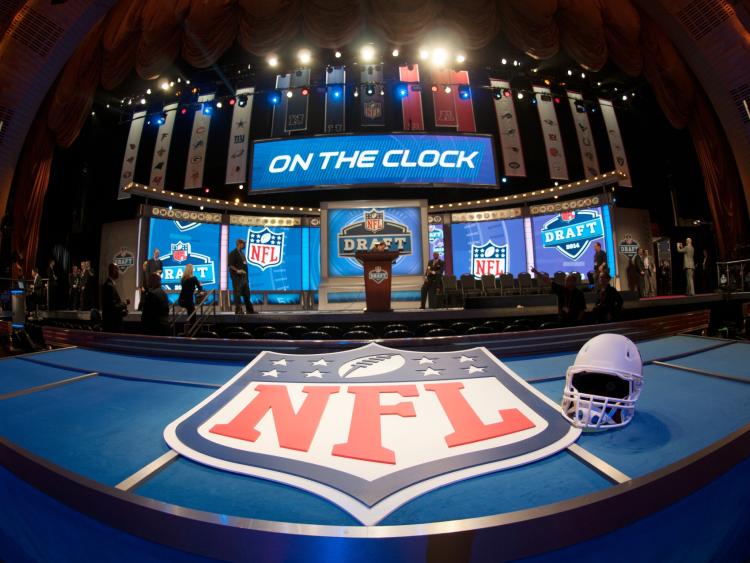 One of the biggest sporting events of the year takes place tonight and fans of all 32 NFL teams will be glued to their various screens hoping their team manages to pluck the next star from the hundreds of hopefuls waiting to hear their names called.

The NFL Draft has morphed in a mammoth three day marathon but behind all the razzmatazz, it is still the primary method for teams in the AFC and NFC to restock their rosters with young but unproven talent.
Here we have put together a beginners guide to explain how it works and why millions all over the world will be tuning in.

1 – The NFL Draft is basically where college players get picked by teams to join their rosters. Hundreds will be hoping to hear their name called but only 253 will be chosen.

2 – Those 253 have spent two, three or four years playing for free in college and are then chosen by a team. It's a bizarre system as college graduates are forced to work in a certain company that picks them rather than choosing what company they will work for. They can chose not to go but unless they are traded, they are forced to sit out for a year and re-enter the draft the following year.

3 – The Draft takes place over seven round with each team having one pick in each round. Each teams gets a set amount of time to pick which reduces as the rounds go on. The positioning is decided in order of how poorly a team performed in the previous year. This year the Cleveland Browns received the first pick with the Superbowl Champion New England Patriots receiving pick 32. This order holds through each round however......

4 – Picks can be traded for other picks or players which means you never really know when any given team is going to be on the clock. For example the New England Patriots have already traded their first round and second round picks for players meaning they don't have a pick in the first two rounds.

5 – The relative value of picks is loosely decided on a Trade Value Chart. For example Pick 1 is worth 3,000 points, Pick 2 is worth 2,600 while Pick 100 is worth just 40 points and Pick 200 is worth just 11. That gives you some idea of how many picks a team would have to move up and get a player they want. SEE A TRADE VALUE GUIDE HERE

6- The most important player for any NFL team is the quarterback which means a disproportionate value is put on these players. It is not uncommon (in fact it's a regular occurrence) for teams to 'reach' for a quarterback in the hopes of getting the star that will lead their franchise into the future. Unfortunately that leads to some spectacular......

7 – Busts are players who never live up to their draft potential and again the higher profile busts are quarterbacks. In recent years there have several quarterbacks taken high in the draft who have never lived up to what they were expected to be. Jamarcus Russell and Johnny Manziel are two of the higher profile misses but Blaine Gabbert, E.J. Manuel and Christian Ponder also didn't play up to expectations. However for every bust there is also.......

8 – A player from a lower round who completely exceeds expectations. Top of that list all time is Tom Brady, a five time Superbowl winner who was drafted with Pick 199 by the New England Patriots in 2000. The other quarterback in the discussion to be called the Greatest Of All Time is Joe Montana and he slipped to Pick 82 in 1979. Another great, Green Bay Packers quarterback Bart Starr, was selected in the 17th round of the 1956 draft. Thankfully there are only seven round these days or the Drat could go on for a week.

9 – Every NFL teams spend millions scouting college players in the hope of increasing their odds of picking a future star rather than a future bust. It has become a science in and of itself but to say the least, it's an inexact one.

10 – And finally who to watch for tonight. Odds are that Miles Garrett will go first to Cleveland but after that all bets are off. Up to four quarterbacks could be picked in the 1st Round even if there are better players available at the time (at least two of them will be busts). One thing you can be sure of is that fans at the Draft in Philidelphia will be cheering, groaning, even openly booing at times as their teams make picks that either meet with their approval or their anger.