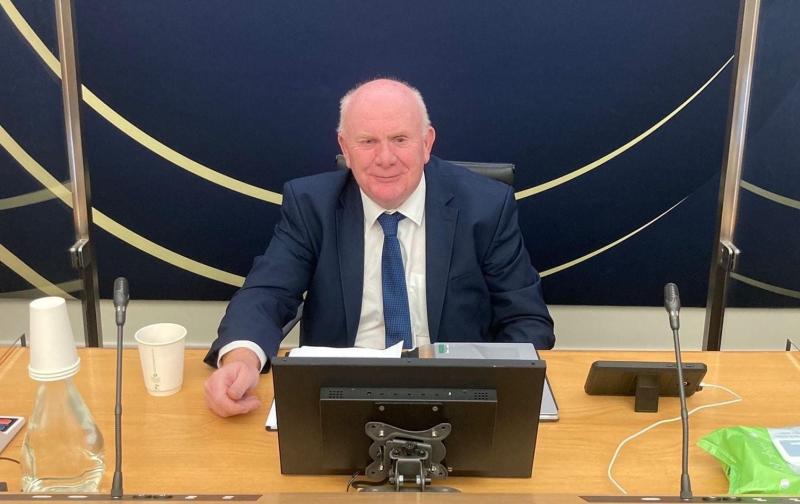 THE Community Employment (CE) and Rural Social Scheme (RSS) will become much more accessible to applicants in local communities, following recent policy changes by government, according to Fianna Fáil TD for Tipperary, Jackie Cahill. In welcoming these policy changes, as well as the recently accepted pay package for CE Supervisors, Cahill stated that common sense was finally starting to prevail in the CE system.
Deputy Cahill has been calling for these changes to be made to the CE scheme for many years, and strongly supported such moves while in opposition. According to Deputy Cahill, this progress is proof of Fianna Fáil’s commitment to delivering for rural areas in particular, many of which avail of and benefit from various CE schemes.
In highlighting the amendments being made to the age rules for qualification for CE, Cahill said: “The age from which participants can remain on CE until reaching pension age is now lowered to 60 years, down from 62 years. This rule will also now apply in respect of people aged 60 and over on the Rural Social Scheme.”
Deputy Cahill then continued to state that further rule changes will also make it easier to fill vacant slots on CE schemes, ensuring important local work is still carried out by those who are willing and ready to do the work. He said: “A CE participant whose term has expired will be allowed remain on their scheme until a replacement participant is found. This will reduce the impact of vacancies on the scheme and ensure vital community services are maintained. I have been calling for this policy to be adopted for many years and have questioned relevant ministers on this numerous times. I am glad to see common sense prevailing in this regard."
Deputy Cahill continued to say: “Improvements are also being introduced to increase and strengthen the process of referring unemployed candidates to CE schemes. In future, a minimum of 40% of unemployed people referred to schemes by the department’s Intreo offices will be offered an opportunity to take up places on schemes. Local Intreo offices will work closely with local schemes in implementing this new rule to ensure people are referred to placements which are suitable to their skill-set.
“I am also confident that changes to the so-called baseline year, changing it from 2007 to 2014, will allow more people to qualify for CE. This means that time spent on CE before the baseline year will not count towards the maximum time a participant can spend on CE.”
Speaking on the recently agreed package for CE supervisors, Deputy Cahill said: “I welcome the fact that both SIPTU and FÓRSA members have voted to accept the deal for CE Supervisors and Assistant Supervisors, to end the dispute arising from the Labour Court recommendation of 2008. This was an issue that Fianna Fáil campaigned on in opposition and I am pleased that we have now been able to deliver on it in government.
In concluding, Deputy Cahill said: “Many of us in Fianna Fáil were strong supporters of these changes to the CE scheme, and indeed the recent package for CE Supervisors, during our time in opposition. I am delighted to see this commitment being delivered on now that we are in Government.”