WEATHER FORECAST: Weather forecast for Ireland for the coming week from Met Eireann 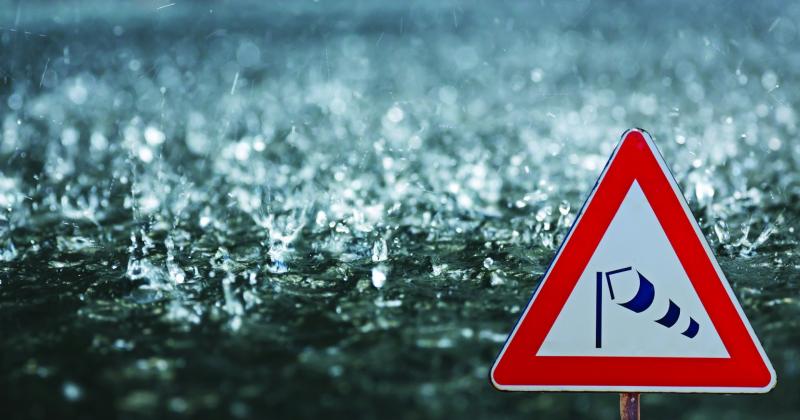 The weather in Ireland is set to turn more unsettled this week with wet and windy weather on the way according to the latest weather forecast for Ireland from Met Eireann.

According to the latest Met Eireann weather forecast, the weather will be unsettled with wet and blustery conditions. It will be milder overall but according to Met Eireann there is the potential for colder, chillier conditions at times later in the week.

According to the latest Met Eireann weather forecast for Ireland, Monday will be a fairly dull and blustery day overall with scattered outbreaks of rain or drizzle, most persistent in the north and west. Highest temperatures of 9 to 13 degrees, in mostly fresh westerly winds.

The weather will be mild and cloudy overnight on Monday with outbreaks of rain and drizzle, most persistent in northern areas. Lowest temperatures of 7 to 9 degrees in moderate westerly winds.

According to the latest Met Eireann weather forecast for Ireland, Tuesday will be another mostly overcast day with rain likely in northern counties, and patchy light rain and drizzle elsewhere, while a more persistent band of rain will move into the west later in the day. Breezy at times in moderate to fresh westerly winds, backing southwesterly later in the day. Highest temperatures of 9 to 13 degrees.

The band of rain will extend across the country through the late evening on Tuesday with cooler showery conditions following from the west after. Lowest temperatures of 4 to 7 degrees as winds veer westerly after the rain clears and ease mostly moderate.

The latest Met Eireann weather forecast for Wednesday says that there will be a windy start to the day with fresh and gusty westerly winds widespread showers, most frequent in the west. There will be some sunny spells too but generally it will become cloudier through the afternoon and showers may merge to give longer spells of rain in places. Highest temperatures of 8 to 12 degrees in moderate to fresh westerly winds.

Wednesday night will be a chilly but mostly cloudy night with showery outbreaks of rain, possibly turning wintry over higher ground. A few clear spells may develop in Ulster later in the night, where it will be coolest with lowest temperatures of 0 to +5 degrees generally as brisk westerly winds ease light and variable.

According to the latest Met Eireann weather forecast for Ireland, there is uncertainty in the forecast from Thursday onwards, but the national forecaster says that current indication suggest it will remain mostly cloudy with rain in the south, generally staying dry in northern parts. Highest temperatures of 6 to 10 degrees in light easterly breezes.

The latest Met Eireann weather forecast states that the south of the country looks to have a fairly wet day on Friday with persistent and occasionally heavy rainfall there, the rain will be patchier further north however, with long dry periods in Ulster. Highest temperatures of 7 to 11 degrees in light to moderate northeast or variable winds.