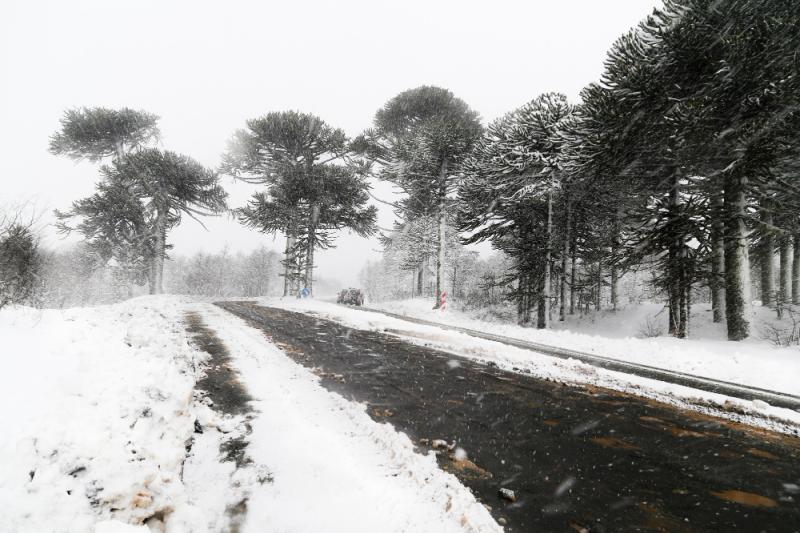 A winter snap is on the way for Ireland with snow, freezing temperatures and thunderstorms in the latest Met Eireann forecast.

Temperatures are set to drop below freezing on Wednesday and Thursday night with sleet and snow showers on Wednesday night and into Thursday for some areas with a Met Eireann Snow and Ice warning already issued for Sligo, Leitrim and Donegal.

According to the latest Met Eireann weather forecast for Ireland , there will be a raw start to Thursday with some frost and ice. Some sleet and snow showers too, mainly across the northwest. Sunny spells and scattered showers will continue through the day, some heavy or thundery with possible hail. Showers will be most frequent in Connacht and Ulster where some will continue to fall as sleet or possibly snow, mainly on hills. Highest temperatures of just 4 to 7 degrees with fresh and gusty northwest winds, making for an added wind chill factor.

According to the latest Met Eireann weather forecast for Ireland, it will be cold on Friday morning with frost and ice slowly clearing. Dry in many areas at first with a few bright spells early on. Becoming cloudier with drizzle developing on Atlantic coasts. Outbreaks of rain will spread from the west through the afternoon and evening. Turning windy too, with southerly winds increasing fresh to strong, reaching near gale force on Atlantic coasts. Highest temperatures of 5 to 8 degrees, coolest in Ulster.

Friday night will be a wet and windy night with fresh to strong southerly winds and widespread outbreaks of rain. Lowest temperatures of 4 to 8 degrees with southerly winds easing mostly moderate near dawn.

According to the latest Met Eireann weather forecast for Ireland, Saturday will be breezy and mostly cloudy with frequent showers or longer spells of rain. Highest temperatures of 8 to 11 degrees in moderate to fresh southwest winds. Outbreaks of rain will continue overnight, possibly turning heavy in places. Lowest temperatures of 3 to 6 degrees.