Offaly councillor says we can't cater for thousands of Ukrainians 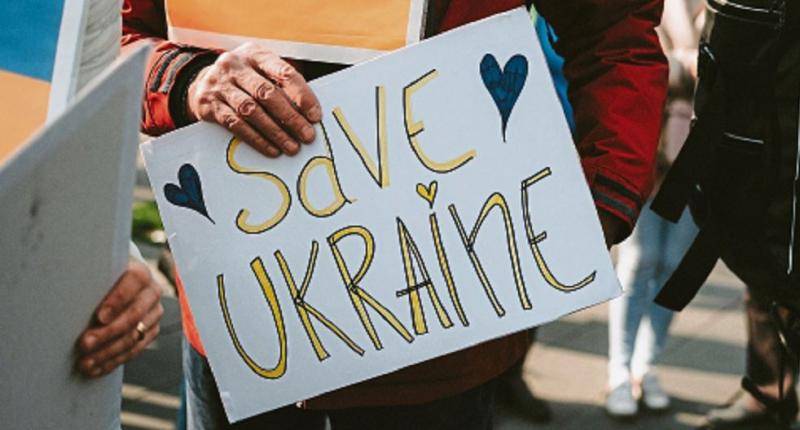 Councillor is told there's a 'moral obligation' to help refugees

AN Offaly councillor has claimed the number of people coming into Ireland is “crippling” councils in the country.

Cllr John Foley said he didn't want to be controversial and he appreciated there was a war going on but he believed “it's something that needs to be sorted at a top level”.

“Why are we allowing so many in?” asked the Independent councillor from Edenderry.

“We are only a small country and there is only so much we can do to facilitate.”

He said it was very hard when someone would say to him “Well, I'm on the housing list for so many years”.

“We just can't cater for them... I'm not against anyone coming in but we have a situation where it's gone into thousands and we really don't have the facilities in any county in Ireland for them at the minute,” he told a meeting of Edenderry Municipal District this afternoon (Wednesday, September 14).

“So I think there has to be joined up thinking at Government level to say look, there's no point in bringing in all these people if they're living on the street or living rough or whatever.”

The councillor said authorities “higher up” than Offaly needed to look at the matter because it needed to be“dealt with now”.

Responding, Sharon Kennedy, director of service with Offaly County Council and district manager for the Edenderry area, said there were “relatively small numbers” of Ukrainian citizens in Offaly in comparison to other counties on a pro rata basis.

“Thus far we've been able to appropriately assist them with their accommodation needs,” said Ms Kennedy.

She said private contracts had been entered into between landlords and hotels and the international protection accommodation service.

The pledged accommodation that came in through the Irish Red Cross was also now being worked through and the council had also entered into an agreement with the Peter McVerry Trust.

Ms Kennedy insisted that the council was satisfying its requirements to provide services for those needing social housing and the Ukrainian community.

“We didn't want any conflict or any difficulty in that regard because obviously we've to continue to make sure that our own, the people that are on our housing list, are appropriately taken care of,” she told the meeting.

She also pointed out that the Laois & Offaly Education and Training Board had provided accommodation at the Birr Outdoor Education Centre.

“That has made a huge difference to us in terms of the response from Offaly.”

She said the council was trying to manage an appropriate, balanced and responsible response.

“We've a moral obligation to help those who are in serious need of our help while at the same time maintaining momentum in Housing for All delivery.”

She said she was confident Offaly would continue to achieve its “joint requirements” so there would not be tensions “as a consequence of this humanitarian crisis”.

She also thanked all the other agencies which were helping with education, language and transport, especially the Offaly Volunteer Centre and Offaly Local Development.

“Offaly can be very proud of what we're doing,” she said.

Cllr Eddie Fitzpatrick, Fianna Fail, supported Ms Kennedy's comments and said he knew the owner of apartments at Riverside, Portarlington where 180 Ukrainians are being accommodated.

“It is a difficult situation for them because I see them there in the estate and the children are trying to integrate into the schools locally,” said Cllr Fitzpatrick.

Cllr Fitzpatrick said the Ukrainians were being facilitated in centres around the country and he knew Ms Kennedy's insistence was that the council also “must look after people that have been on the housing list for a long term of time and waiting”.