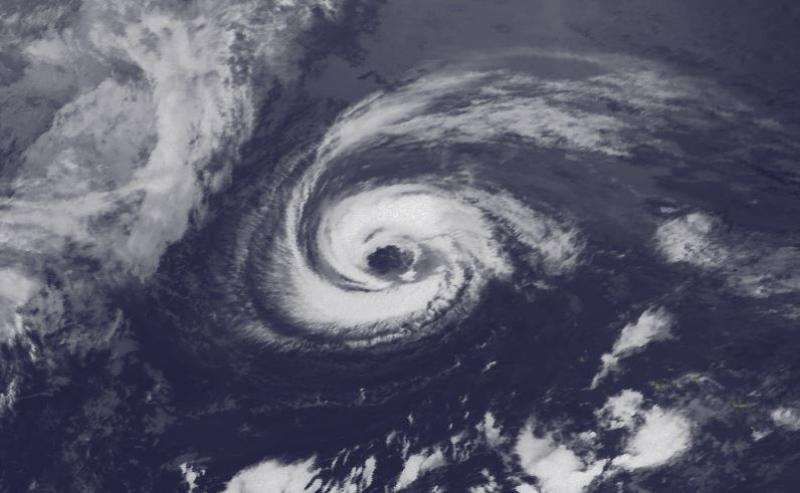 Met Eireann says 'there is a lot of uncertainty' in the latest weather forecast for Ireland due to hurricane activity in the North Atlantic.

Hurricane Danielle is tracking across the Atlantic with the latest track from the National Hurricance Centre in America forecasting that it will veer more southerly over the coming days towards Portugal and Spain.

According to the latest forecast track from the National Hurricane Centre, Hurricane Danielle is expected to be off the coast of Portugal at 6am on Monday although there is the potential for the storm to change course. 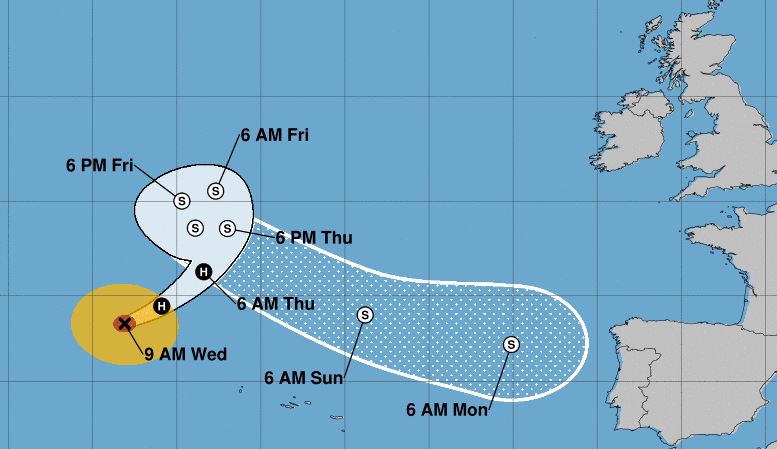 According to the latest Met Eireann weather forecast, there will be showers today, many heavy with isolated thunderstorms possible. Localised downpours may lead to spot flooding. Some bright intervals also. Highest temperatures of 17 to 20 degrees in moderate easterly winds, with stronger winds along the south coast for a time today.

There will be further showers or longer spells of rain tonight, most frequent over the southern half of the country drier and clearer weather further north. Lowest temperatures of 12 to 14 degrees with east to northeast breezes easing light to moderate.

According to Met Eireann,  there will be sunny spells with showers on Thursday. Showers will be in eastern areas at first before spreading to all areas during the day, some of them heavy again with a possibility of thunder. Showers will become isolated later in the day. Highest temperatures of 17 to 20 degrees with light to moderate northeast breezes.

Showers will mostly die out and it will become largely dry for a time on Thursday night, then rain will spread from the northeast and extend southwards, mostly affecting eastern counties. Lowest temperatures of 13 or 14 degrees with light to moderate northwest winds.

On Friday showers will be less intense and become less frequent through the day. Highest temperatures will range from 18 to 21 degrees in light to moderate northwest breezes.

Met Eireann says there is a lot of uncertainty within the outlook period due to hurricane activity in the North Atlantic.

According to Met Eireann, at the moment Saturday looks like being mainly dry with good sunny spells. Highest temperatures of 20 or 21 degrees with light variable breezes.

Current indications suggest that Sunday will start off dry, with rain spreading from the southwest and turning heavy. The further outlook period in to the early days of next week suggest continued unsettled conditions with rain at times and temperatures above the seasonal norm