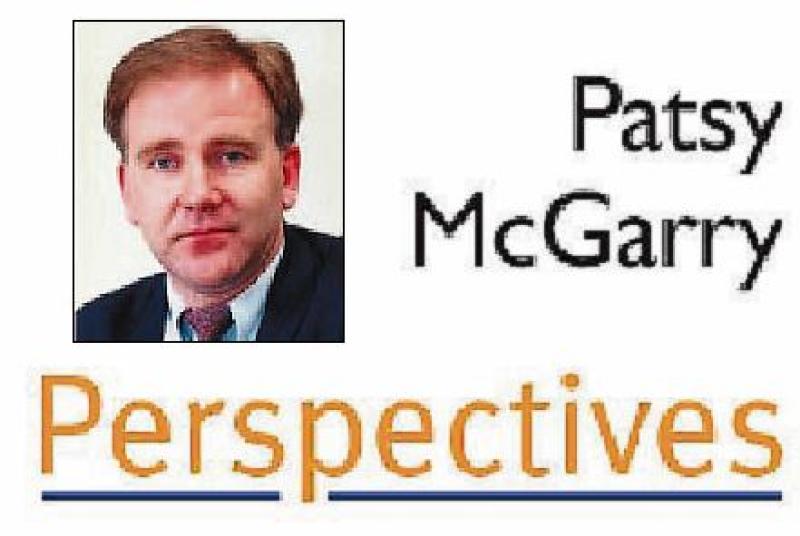 DEARLY beloved brethren, let us pray. Let us pray that Boris Johnson sees out his full term as Prime Minister of Great Britain and Northern Ireland.

Similarly, let us pray that Liz Truss will continue as UK Foreign Secretary until then, that Brandon Lewis continues as Northern Ireland Secretary, as well as the deeply compassionate Priti Patel as Home Secretary, the astonishing learned Nadine Dorres as Culture Secretary, the ingenious deputy Prime Minister and Secretary of State for Justice Dominic Raab, and the Minister for Brexit Opportunities (hilarious!) and Government Efficiency, as well as being the Honourable Member for the 18th century, Jacob Rees-Mogg. What a collection of rogues!

Where is Spitting Image when it is most needed, that blistering puppet show that so cruelly and accurately mocked the Thatcher government of the 1980s? What fun it would have with this lot!

Please, please let them continue in office and lead the Tory party into the next general election in Britain for, verily it is writ, should that happen we are unlikely to see a Tory-led government in Westminster again for at least a decade. Let it be longer!

Let them remain in office long enough so the British electorate can see the effects on their country of this woeful administration, probably the worst in its country’s history. Bad in the sense of incompetent but also bad due to lack of any standards whatsoever, beset, as they are, by amorality and sleaze. But they must remain in office long enough so the full misery they have inflicted on their people, through such as Brexit for instance, cannot be argued away by lies, blaming the pandemic or the war in Ukraine.

It would be gravely unjust for another party to take over government in the UK in the interim and have to deal with the aftermath of this woeful administration. It would even be unfair to more moderate Tories who might take over should Johnson and his cohort be forced out. No let the axe fall where it should. Upon their heads be it.

And, truly, the longer this administration remains in office the greater the damage to the Tory party, something we on this island are unlikely to lament. Since the late 19th century, when Lord Randolph Churchill played the orange card for internal Tory party-political reasons, they have toyed with Ireland’s destiny as a casual plaything not caring how their behaviour would impact on lives on this island, leading even to deaths.

Now they play the Northern Ireland protocol, again to satisfy the hardliners in their own party, without any regard for the implications on this island or their own relations with the EU. They are behaving in true Tory superior fashion before whom no interest is higher than theirs, in secula seculorum amen.

But their reputation goes before them. It was a laugh and pertinent to see that tweet at the weekend from the Chinese Embassy in Dublin taunting Boris Johnson et cabal when he marked the 25th anniversary of the handover of the former British colony of Hong Kong to China with the tweet: “25 years ago we made a promise to the people of Hong Kong. We intend to keep it.”

The Chinese embassy in Ireland screen-grabbed that tweet and responded: “Two years ago we made a promise to the Northern Ireland Protocol. We are determined to break it.” Last week Johnson accused China of failing to comply with its commitment in 1997 to respect a`One Country, Two Systems’ arrangement agreed under the deal that ended British rule in Hong Kong.

Yes, Boris, it’s all going swimmingly. A majority in Northern Ireland, including a majority of MLAs at Stormont, want the protocol. Increasingly more and more Scots are talking about independence, spurred on by a Brexit they voted against and there’s that upstart Nicola Sturgeon talking about another independence referendum in October of next year. Who does she think she is? While in the US, the Biden administration raised concerns “at multiple levels” last month with the British Government over this new law which would allow London to unilaterally disapply key provisions of the Northern Ireland protocol.

Towards the end of June the US let London know that, while there is no formal linkage between the planned British legislation and a free trade deal with the US, “the current situation does not create a conducive environment for that,” as a spokesman for the US put it.

In other words, Boris, feck off! No trade deal with then US if you breach the one you concluded with the EU in December 2019. This was raised with Liz Truss directly by US Secretary of State Anthony Blinken and by US trade representative Katherine Tai with UK secretary of state for international trade, the unfortunately surnamed, Anne-Marie Trevelyan. Despite which Ms Truss gallantly went ahead and the Tory sheep followed her into the lobby to push the unilateral piece of legislation through the House of Commons.

So let’s look at who Boris and crew have pissed off to date: the EU, the US, the Irish, a majority in Northern Ireland, the Scots, - most of the known world. Who would have thought it possible? What an achievement!

Yet, all hope is not lost. It seems Liz Truss’s Northern Ireland Protocol legislation may not get through the House of Lords and/or will be delayed there at least for a year. But neither Ireland, the EU, or the UK should be in this situation. It is brought about by an outrageous, flagrant, breach of an international agreement by one dishonourable party. You guessed it, the perfidious Tories.

However, we cannot take the House of Lords for granted either. Ireland must prepare for a possible EU/UK trade war. It won’t be pretty and we’ll be in the frontline. The issue will be the EU single market and its protection. If the UK Government allows an unchecked free-flow of goods into and out of Northern Ireland then mechanisms will have to be put in place to stop those goods coming into the single market/the Republic. It hardly bears thinking about what that may mean, but think about it we must.

There is no question but we are not going to be forced out of the EU single market by the current shenanigans in Westminster. Since, indeed even before the 2016 Brexit referendum in the UK, the Irish Government successfully persuaded all of our EU partner countries that the avoidance of a land border on this island was essential to protect its peace and to protect the Good Friday Agreement.

If, in the event of the British using their new legislation to allow free trade between the UK and Northern Ireland the border on this island takes on a new relevance as some form of surveillance with be necessary along it to monitor trade between the two jurisdictions on the island. Any physical infrastructure will become an immediate target for paramilitaries, as was the case in the past, and so a resurgence of paramilitary violence would be an inevitability. They haven’t gone away you know.

Do they care in Downing St? Do they what! This island never crossed what may pass for their minds during the Brexit campaign in 2016. It didn’t even feature in the monumental lies they told the British people – helped by Russian money – at the time. Ireland, where they are concerned, is of no interest or ever has been except when it comes to internal Tory party politics. We are and remain that ever-disposable plaything to the west, of more trouble than use throughout the noble history of Britain. As they would have you believe.

The best thing that ever happened us was when we voted to get from inside their leaky umbrella in 1972, 50 years after independence. The best thing for us now, come hell or high water, is to remain in the EU single market even if the Brits go on to make us pay dear for that. There’s no going back there for us.