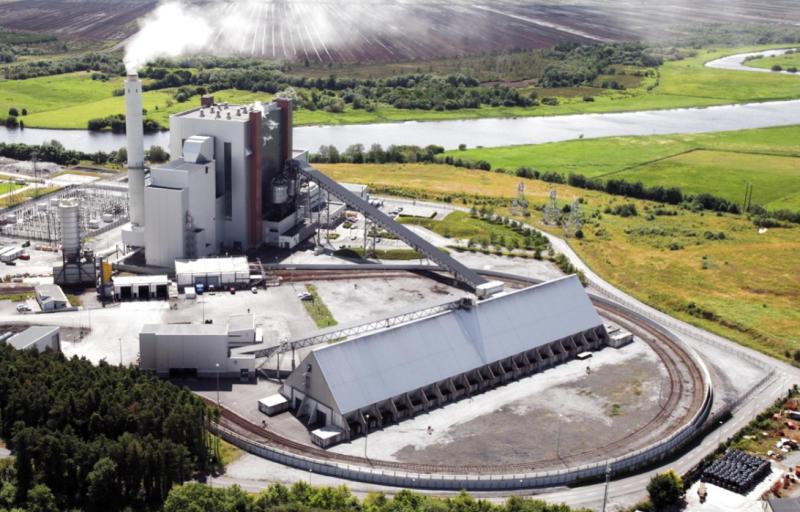 Councillor John Clendennen has called for a masterplan to be developed for Offaly to maximise any funding under the Just Transition Fund. Otherwise he said "we will lose an opportunity that presents so strongly right now and we could really tap into a whole new opportunity for the county."

Cllr Clendennen made his comments following a presentation by Stephane Duclot, Director of Services Planning, Economic and Rural Development with Offaly County Council at the monthly meeting of the council.

Mr Duclot said to access the fund Ireland must prepare a territorial just transition plan for the European commission. He said this is a necessary document, outlining transition challenges. "It’s a framework plan for the area."

The draft territorial plan was published before Christmas and public consultation has been open since December 20 and will run until February 14. Its purpose is to get stakeholders views on the plan and inform the final documents. The plan will unlock €84.5 million of funding from the EU Just Transition Fund

The public consultation is open to everyone but it’s especially focused on the counties of East Galway, North Tipperary, Longford, Laois, Offaly, Westmeath and West Kildare.

Two workshops are being organised including one for young people aged 16 to 24, living, working or studying in the regions. The feedback from the workshops will form the draft territorial just transition plan. The plan will be submitted to the European Commission for comments and approval and will be the key documents for the EU Just Transition fund,

Councillors have also requested a meeting with Bord na Mona either at the end of February or at the beginning of March. Mr Duclot said he will give members a date at the next meeting.

Councillor Eamon Dooley said that the commission had identified the counties of Laois Offaly, Westmeath and Longford under the Just Transition Plan. He said consultants then added Roscommon and now the department has added more counties to it.

He said: "The Just Transition fund of €84.5 million will be divided between all the counties. It's not going to change the world, but it will position Offaly for future developments. We have to make our case strong in the submission to the department. So I would encourage all members with their communities to make their submissions."

He was also adamant that the government should not use the Just Transition Fund for projects which should be carried out by the exchequer. "We should make that point," he said.

Councillor John Leahy said he wants to believe that there is a cohort of people and decision-makers who believe Offaly is the epicenter of where the Just Transition Plan should focus. He asked Cllr Dooley if he would be open to meeting with community groups across Offaly.

Councillor Dooley said he had no problem meeting with community groups but insisted that submissions should be made as soon as possible.

Cllr Noel Cribbin said: "There are an awful lot of people who used to get their turf through Bord na Mona or through contractors who leased the land from Bord Na Mona. But there doesn’t seem to be any money for those people that have to get out of turf cutting, It’s mainly older people that are being affected as younger people have newer houses and they don’t need turf anymore. To change from the range to a pellet stove costs between €6,000 to €7,000, So I am looking for members to support my submission for some sort of funding or grant to be given to those householders."

Councillor John Carroll said when funding of €84.5 million is divided "it will be a little bit for everybody and not a lot for anybody."

He said that Bord na Mona got €108 million for bog rehabilitation. "They are moving into profits using the land that they had for creating green energy; some of that money was to be used to meet their obligations," he said.

Cllr John Clendennen asked the executive to write to Bord na Mona in advance of the proposed meeting.

"I just feel we need to give this a sense of urgency if we are to push it on. I don't think it’s being taken as seriously as it needs to be right now. Not necessarily by Offaly County Council but by agencies within the county that are holding large pockets of land that could present huge opportunities and yet in the morning if the opportunity came to our doorstep how do we untap it," he queried.