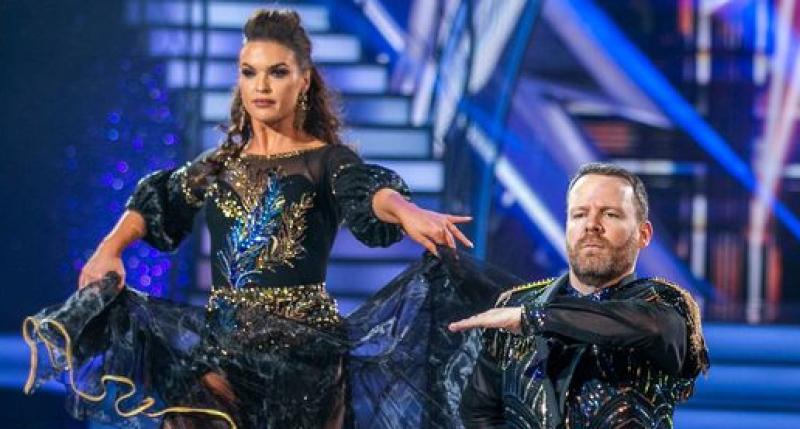 Edenderry comedian Neil Delamere was among the highest scorers on the opening weekend of RTE's Dancing With The Stars programme.

The funnyman was the first contestant on the floor after a two-year hiatus for the show due to Covid-19 disruption.

Neil hit the floor with his pro dance partner Kylee Vincent performing a paso doble to the music of I Believe in the Thing Called Love.

Judge Loraine Barry said: "You, me, and the whole nation have been waiting for the first dance on series five of Dancing with the Stars, and what a powerful number you have. There's a lot of power here and a lot of strength. First dance out, at the beginning of the season, I'm very impressed"

Brian Redmond said: "It wouldn't be week one without them booing me already... The intensity is great, it just needs to be a little bit calmer, a little bit more relaxed."

Neil and Kylee scored a total of 17 from the judges, which ended up being the second highest score of the night. Only Nina Carberry and her pro partner, 2020 winner Pasquale La Rocca scored higher with 19 points.

Missy Keating, Cathy Kelly, Grainne Seoige and Nicholas Roche were the other celebrities on the floor on Sunday night. The remaining famous faces, including Tullamore rugby ace Jordan Conroy will hit our screens on next Sunday's show.