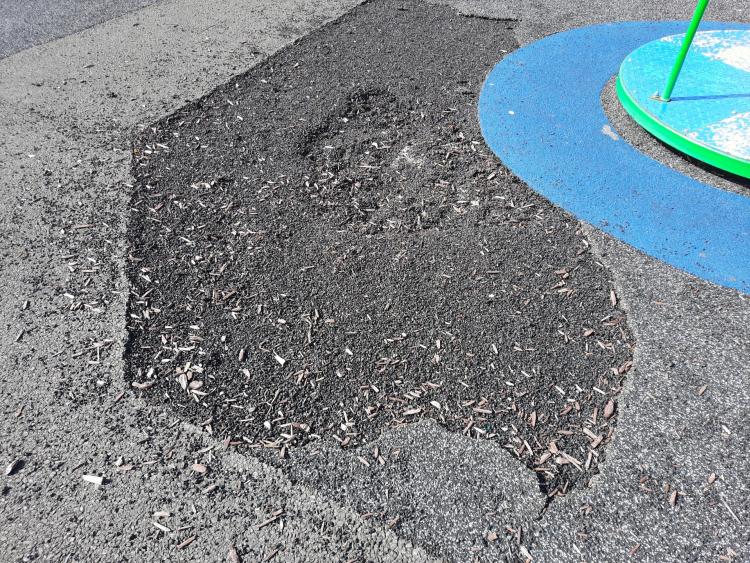 The deteriorating ground surface in Birr playground is to be restored after complaints about the condition around some of the equipment.

Following a recent visit to the playground, the Express contacted Cllr John Carroll where the deteriorating ground surface around some of the playground's equipment was highlighted.

In response this week, Cllr Carroll said that having receiving complaints about the surface's deteriorating and inspecting the area, he was in contact with the Area Engineer, John Mitchell, regarding the necessity for “immediate remedial works”.

“I have now had confirmation that our Area Engineer John Mitchell has engaged a contractor to do the necessary ground works and restore the facility to a standard that the public expect,” he pointed out.

The playground was opened to the public in June 2006, following local fundraising and support of special Government playground grants as well as support from Birr Town Council. The site for the facility was provided by the Council, who took also took control of the maintenance after its opening.

“It has proved to be a wonderful facility for our young families and in general has been well respected with minimal supervision. I look forward to seeing it restored to its original pristine condition and to continue as a safe recreational space for our pre teen community,” Cllr Carroll added.