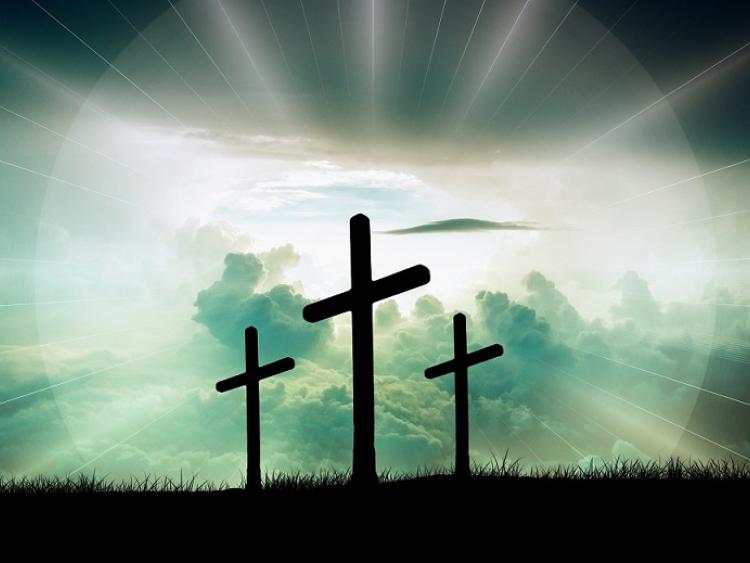 On Good Friday last, Players in Clara drama group again presented the re-enactment of the Passion of Christ in Clara. The Way of the Cross re-enacts the Stations of the Cross, depicting each of the steps in the journey Christ took to his crucifixion on Good Friday from being sentenced and carrying the Cross to falling three times and encountering the Virgin Mary and consoling the daughters of Jerusalem.

The event was re-enacted in the green field in the centre of the town. The very heartfelt, touching narration and prayers by Fr Conor Magee combined with a respectful yet very realistic re-enactment made for what people who attended said was a very moving and emotional event.

This was complemented by the very effective sound and amplification supplied by Derek Recks. The colourful and realistic costumes were made and supplied locally by Mags Naughton. Makeup for Jesus was done by Paul McCabe while the Station Crosses were made by carpenter John Lane who along with Michael Gavin erected and secured the main cross.

Volunteers from Second Offaly Scout group with Seamus Doyle and the parade committee with Bertie McMahon supplied other materials.

The part of Jesus was played convincingly by Paddy Brooder alongside Frances Doyle who played a very emotional moving Mary, mother of Jesus. Pilate was acted by Noel Brady with Clare flattery playing Mary Magdalene. P.J. Quaid played the part of Simon of Cyrene while Eileen McDonald played the part of Veronica.