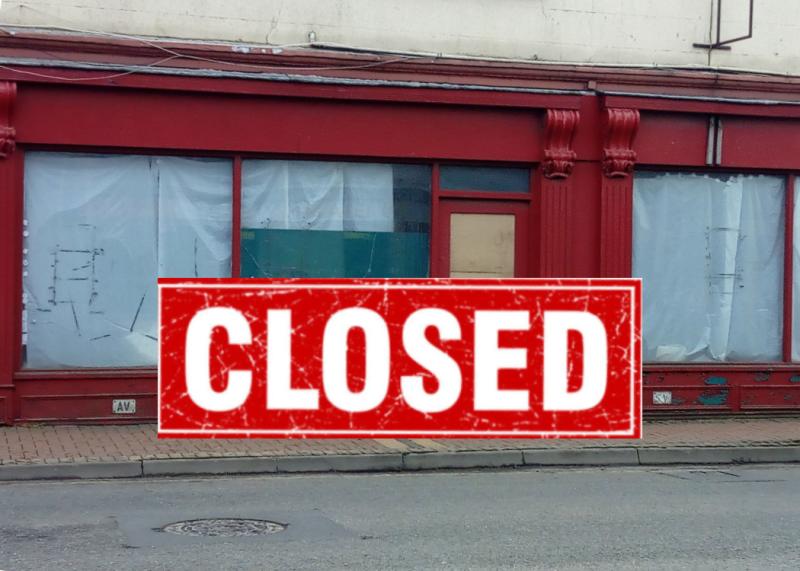 The latest reports of commercial vacancy from GeoDirectory showed that Offaly had the sixth highest vacancy rate (15.3%) in the country, more than 2% higher than the national rate of 13.1%.

Edenderry, in particular, was the fourth worst town in the country when it came to empty commercial properties, and while Tullamore's rate of 16.3% was the lowest in Offaly, it was still higher than the figure recorded on average across the country.

Offaly was also one of only nine counties to show an increase in commercial vacancy from Quarter 2 of 2017 to Quarter 2 of 2018. This is indicative of the widely held view that Offaly has yet to feel the economic recovery that other counties are experiencing.

Two Edenderry-based Offaly County Councillors have told the Offaly Express what they believe Edenderry town needs to reduce commercial vacancy and bring the town back a thriving economy.

County Cllr Noel Bourke stated that Edenderry needs "the long-sought inner relief road to improve the movement of traffic through the town."

He also mentioned that "although local small enterprises are contributing well to the town, what is urgently needed is job creation through foreign inward investment."

Cllr Bourke concluded with his hope for a hotel that would "keep business in the town and attract business to the town." A hotel for Edenderry has been mooted recently by the Edenderry Chamber of Commerce who said a number of sites were being considered for such a development.

Cllr Noel Cribbin shared his visions for Edenderry, stating that he hoped to "fast track the new school for Oaklands Community College, transform the old Tesco site on JKL Street into an Arts Centre, library and theatre and bring more employment to the area."

Cribbin also expressed the importance of the inner relief road for Edenderry.