Offaly councillor says there's nothing for Offaly in Project Ireland 2040

COUNCILLOR SAYS THERE'S NOTHING FOR OFFALY IN PROJECT IRELAND 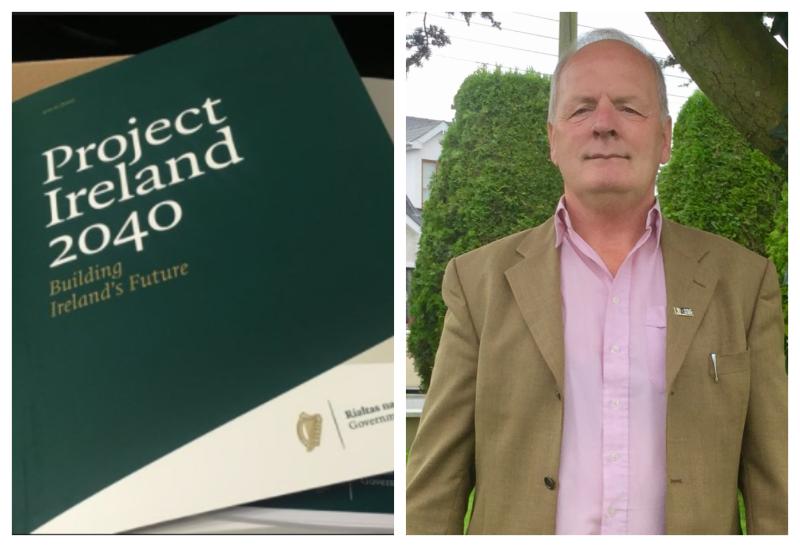 Offaly County Councillor Noel Cribbin has questioned the value of the government's new Project Ireland 20140 plan released last week, suggesting there is very little of note in it for Offaly.

“Whilst I certainly welcome the fabulous plans and projects included in the Project Ireland 2040 plan, and if you are living in Dublin, Athlone, Sligo and Cork, then you are living in the parts of Ireland that are going to see billions spent in your areas with motorways, Luas, metro and new Regional Centres all coming your way by 2040,” Cllr Noel Cribbin commented.

"The plan includes over a thousand submissions from interested groups and individuals from around the country but certainly in Offaly it's the same old story, we are getting very little as regards infrastructural, road or rail improvements," Cribbin suggested.

He stated that he can't help but wonder what part, if any, did the three elected TDs for Offaly play in this massive spend and upgrading of our county for the next 20 years. It appears to Cribbin that Offaly is being mainly excluded from the plan.

"The only positive road improvement in Offaly is the N52 Tullamore to Kilbeggan, but most of this road is in Westmeath, and only about five miles of it fall inside the Offaly border," Cribbin claimed.

"It’s welcome but pitiful in the overall scheme of infrastructural projects,” Cribbin added.

There is also money in the plans for education, water, social housing, hospitals, culture and amenities and these are certainly areas Cribbin will be focused on.

“I will be requesting that good strong proposals are made to the various bodies and that we in Offaly get our fair share of the billions being handed out in the years to come and certainly in such projects relating to education, housing and water.”

In terms of education, Cribbin wants a proposal that sees Oaklands College included for funding for a new build school at the old hotel site in Edenderry.

In housing, he welcomes the recent commencement of works on 33 social houses in Edenderry, but wants to see more social houses catered for in funding terms to help the close to 1,700 on the housing list in Offaly, 200 of which are in his own area of Edenderry.

He also called for a reliable and efficient supply of water, broadband and gas to Offaly as part of any funding and subsequent pipe works in Offaly.

In the area of the arts, he wants to see some of the €1 billion announced for cultural and arts project in Project Ireland 2040 to go toward a new arts centre and theatre in Edenderry.

" He wants Offaly County County to apply for funding to buy the old Tesco site in Edenderry and to build the new library, arts centre and theatre on the site which has been derelict for more than ten years.

"I have already sent an email outlining this proposal to our CEO and requesting for a meeting with her and a delegation from Eden CCC to discuss this and look got their full support on this proposal."

"Whilst the 2040 plan might not offer much on the first glance there is plenty of money and opportunities to make submissions in which we in Edenderry and Offaly can benefit greatly from," Cribbin commented.

"We must work together on various projects and include groups and the public in our submissions and get the best that we possibly can form this huge package of funding €116 billion because if we don't then we only have ourselves to blame," Cllr Cribbin concluded.