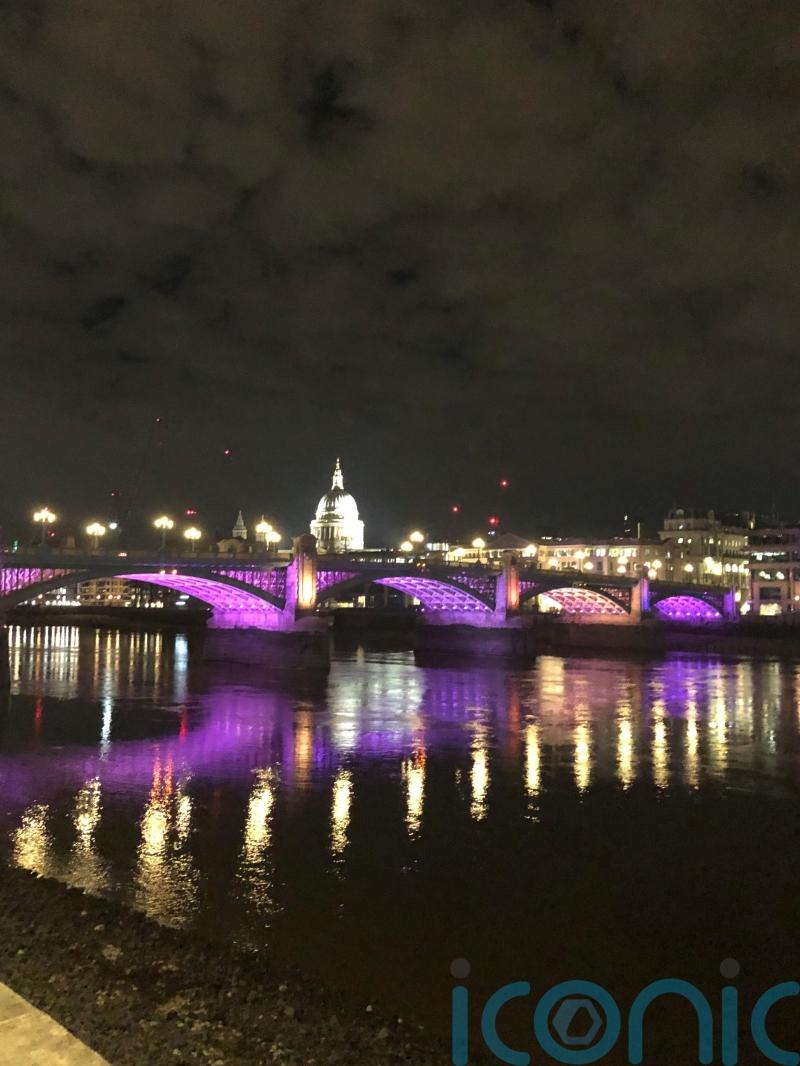 Until today, the longest I have willingly stood in line is six hours for tickets to the Broadway production of The Lion King. Sitting on a pavement in the icy grip of a New York winter, patiently waiting for a box office to open, was a stern test of endurance and thermal underwear.

It pales next to the five-mile trek across London to view the Queen lying in state in Westminster Hall.

I follow the strict guidelines set out on the gov.uk website for what I can bring: a single small bag measuring no bigger than 40cm x 30cm x 20cmm, layered clothing and sensible footwear, and a few snacks and water to be consumed ahead of airport-style security. 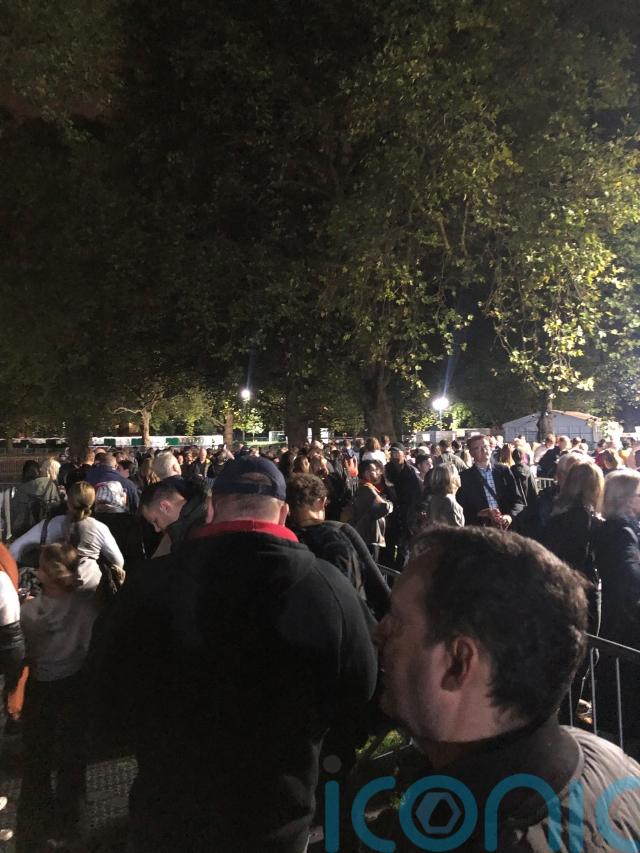 At 9.36pm, I reach the back of the queue in Southwark Park, almost five miles – not as a raven from the Tower Of London would fly – from where the Queen lays in a closed coffin on a raised platform called a catafalque.

There is a buzz of excitement in the air, interspersed with peels of laughter and overlapping snatches of conversation.

A young woman wishes her grandmother goodnight on the phone, a family enthusiastically plays ‘Spot The Lookalikes’ in the queue (doppelgangers for Alan Yentob and Jeremy Corbyn are quickly identified), and a husband and wife engage in a domestic to-and-fro surrounded by thousands of strangers.

“Ask me again in an hour and I’ll still have them,” he responds wearily. 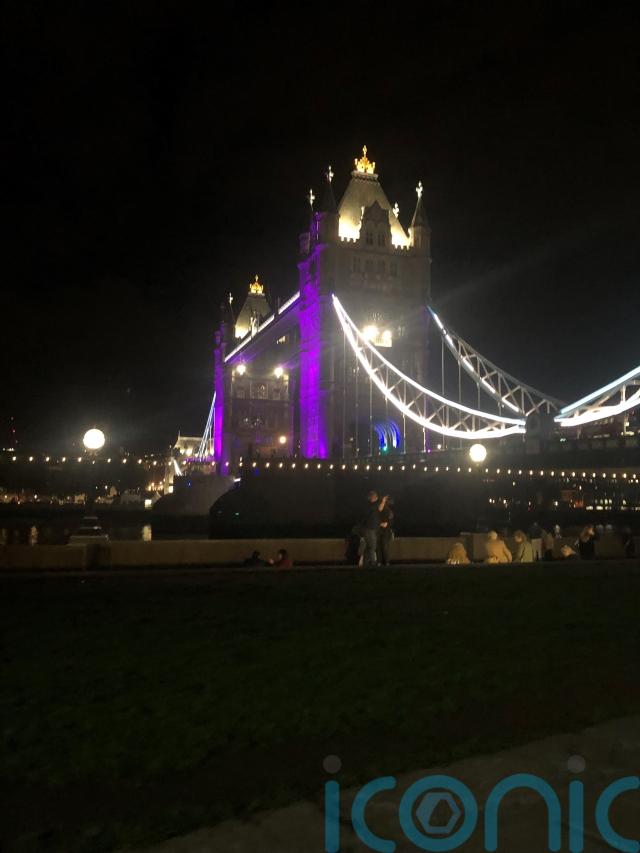 Volunteers in high-vis jackets festoon the park and once I begin the slow, steady trek west, police visibility increases.

The opening 45 minutes are free-flowing, affording some brazen queue-jumping, which is met with passive-aggressive huffs and rolls of eyes. Fittingly, the throng coalesces by Queen Elizabeth Street and the stop-start pattern of movement begins.

Tower Bridge looks resplendent with two columns of royal purple, casting a glow over a barriered queue, where volunteers dispense all-important wristbands that need to be shown at checkpoints along the route.

The riverside location marks the first cluster of portable toilets, which attract increasingly long queues as I hug the river’s edge, passing an impeccably lit HMS Belfast along The Queen’s Walk. 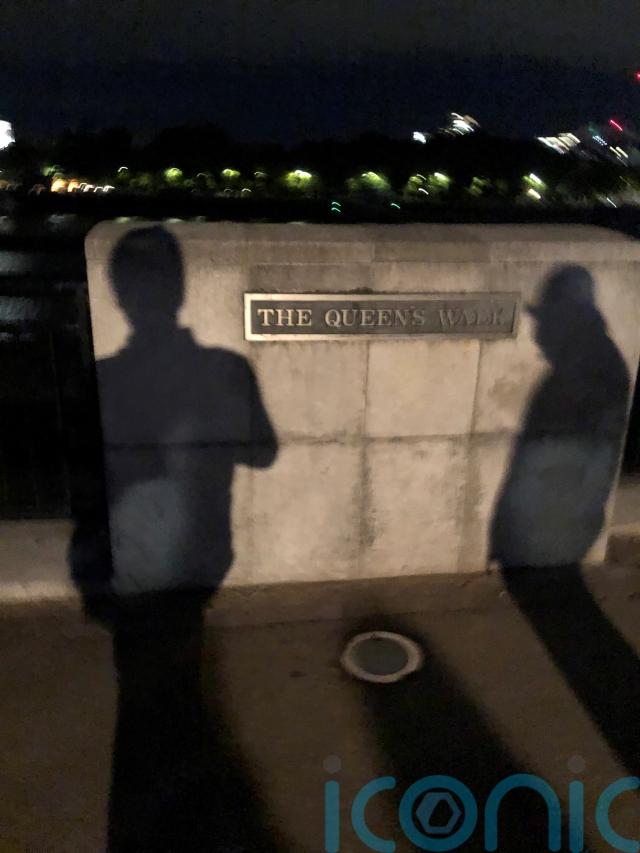 On a nearby wall, a poignant quotation from Elizabeth I in Henry VIII, Act V declares: “It is not my desire to live or reign longer than my life and reign shall be for your good.”

By now, it’s past midnight. On the opposite side of the River Thames, the inverted reflection of an illuminated St Paul’s Cathedral ripples across the water’s surface as lights dance along the exposed ribs of the Millennium Bridge.

Outside BFI Southbank, a giant video screen plays the 1960 short film Life Of A Queen from the BFI National Archive. More footage projects onto a wall of the National Theatre and the illuminated signage of the Queen Elizabeth Hall pierces the darkness. 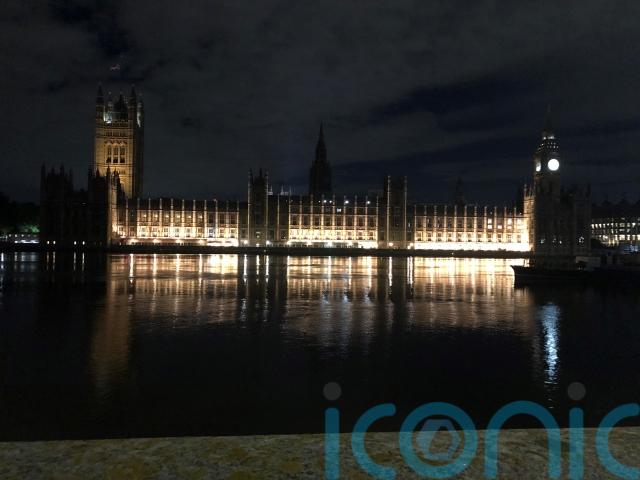 The queue noticeably slows around 2am, as I approach Jubilee Park & Gardens in the shadow of a dormant London Eye.

The cantilevered observation wheel is ominously silent as weary wanderers bunch up tightly, savouring warmth in vast numbers, edging closer to spectacular views across the river to Big Ben and the Palace of Westminster.

Frustratingly at around 3am, the queue stops dead. The live stream inside the Palace of Westminster also ceases and a whisper passes between loose, cold-chattered lips that the chamber is being cleaned.

Just after 4am, a thunderous cheer indicates forward motion has been restored – and in the nick of time.

My feet have a persistent dull ache and the base of my back feels unnaturally stiff, as if vertebrae have fused to spite me. As far as the eye can see, exhausted bodies slump on kerbs and stone steps, desperate for a moment’s relief. 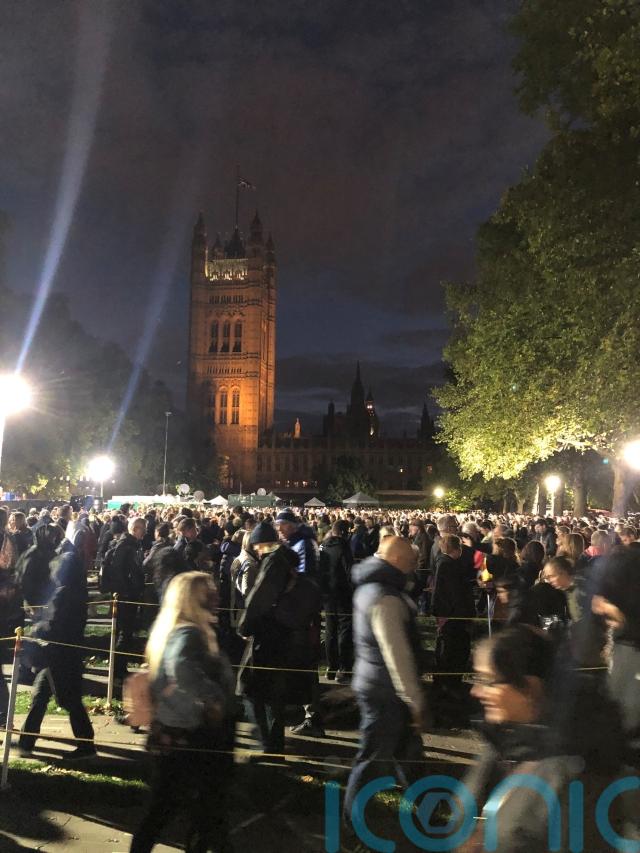 The next two hours pass with mounting anticipation, as I see silhouetted figures traipsing in the distance over Lambeth Bridge towards Westminster Palace.

The queue coils back and forth 19 times in Victoria Gardens South, then repeats the energy-sapping pattern around 40 times as the sun begins to rise, turning the sky a soothing blue as a Union Jack flutters serenely above the meeting place of the House of Commons and the House of Lords.

Within stumbling distance of glory, TV cameras materialise. I’m teetering on the verge of delirium as a breakfast show interviews a mother and two children ahead of me, and I assume the role of another haggard face in the background, filing out of shot.

I’m feeling slightly light-headed as the hands of Big Ben swoop relentlessly towards 7am and the queue enters a meticulously coordinated security screening area, where all leftover food, drink and liquids, including make-up and hand sanitiser, are thrown away or donated to food banks.

Entering Westminster Hall, a respectful hush envelops me and tears well unexpectedly in my eyes as I see the closed coffin perched in the middle of the grand chamber beneath the Royal Standard Flag.

Four lines snake stiffly and gingerly down the stairs. Fortuitously, the guard of honour changes in front of me and for the first – and only – time today, I’m don’t begrudge my waiting time extending beyond 10 hours before my bloodshot eyes. The ceremony is mesmerising.

At 7.43am, just over 10 hours after I joined the queue, I wearily and proudly bow my head and soak in this peculiar, pomp-filled moment.

Every inch of my body has declared war on me. But I am intensely glad to have spent the night beneath an inky canopy in a city surrounded by subjects with one purpose: a defiant act of remembrance. A hot bath of Epsom salts will soothe everything once home, except my lingering sadness and appreciation.