POSITIVE PSYCHOLOGY: Planning New Year's resolutions with Covid still around? Promise to be kind to yourself as we get through it 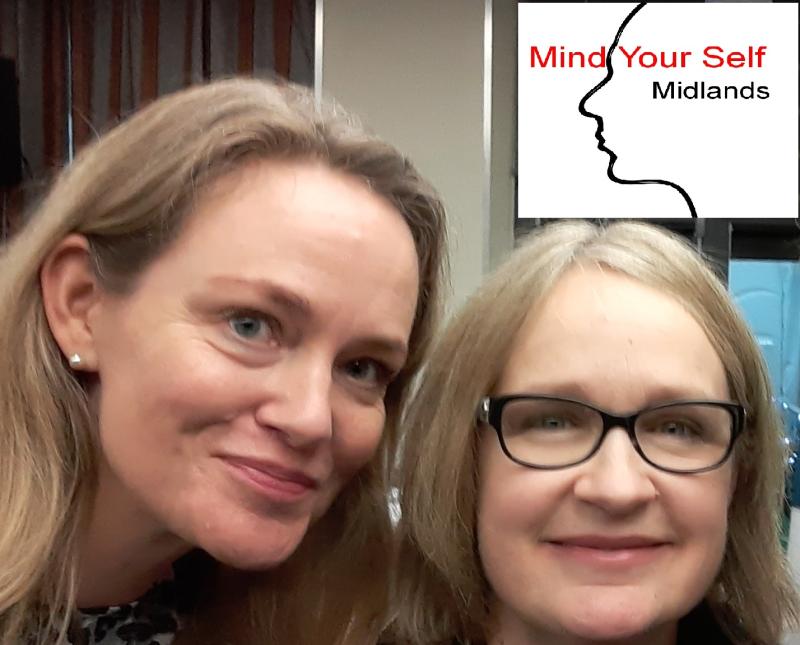 THE past year has been one like no other.

It was reasonable at the end of 2020 for people to hope for a better 12 months through 2021 but the Covid-19 pandemic continued, bringing with it struggle and suffering in varying degrees to us all. We have previously written in this column about the toll it is taking on mental health. As we dare peep into the coming New Year, we know all too well that the pandemic is still with us.

Given the stress and hardship we have all endured for the last two years, as psychologists we believe that increased self care, self compassion and minding our mental health should be on everyone’s list of 2022 New Year resolutions.

Of course, many people will also wish to make resolutions of a more traditional nature such as losing weight after the over-indulgences of Christmas. Yet, being human, many of us know from previous experience that often our well-intentioned resolutions don’t make it past the end of January as we slip back into old habits.

So now we present a few tips based on psychological research which may make it more likely that we actually stick to the new habits we want to develop.

Review your resolutions to make sure you are choosing ones which focus on behaviours you personally value rather than on things others expect of you. So if you are resolving to lose some weight in the New Year, do this because you really want to, not because family members or society expects this of you. Research shows that we are more likely to achieve change when we personally value and find meaning in the change.

Start small and be specific. If your goal is to increase your physical fitness, rather than stating this as a vague aspiration, it is more helpful for example to resolve to take 30 minutes of exercise three times a week. At present, some exercise options, such as fitness classes in a gym, are not available. So if this would be your preferred option for getting exercise, acknowledge your disappointment, then check out alternative options such as an online fitness or dance class.

As psychologists, we often prefer resolutions which can be reviewed regularly and changed, rather than a single resolution for the year. So perhaps you could decide to do 30 minutes of exercise three times a week for the month of January, then review at the end of the month and decide to continue or change this for February.

Try to make tasks easier by taking your personality into account where possible. So if your goal is to increase exercise, figure out whether you feel more motivated when exercising on your own or with a friend. Of course, exercising with a friend has to be outdoors and socially distanced at present, but most of us are used to that by now.

We are far more likely to continue taking exercise that we enjoy, so if you much prefer walking outdoors than using an exercise bike indoors, then prioritise the habit of walking. Of course, if bad weather means that exercising indoors is preferable, make sure to do as much as you can to make it more appealing, for example by playing upbeat music that you like, or positioning the bike in front of a television.

Many people find support helpful in keeping New Year resolutions. So it may be helpful to join an online support group or simply to speak to others about the successes and struggles as they give up smoking for example.

However, some people feel a sense of pressure when others know they are changing a habit (in case it doesn’t work out), so if you are one of those people, it is better not to share your plans at the start and perhaps just keep a personal record of your progress.

As psychologists, we would suggest that learning and practising the skills and attitudes of mindfulness is in itself a very useful New Year resolution which will boost both emotional and physical wellbeing. Since the start of the pandemic, millions of people worldwide have been using mindfulness to help with anxiety, stress and sleep and in general to help cope with the fear and uncertainty that the pandemic has caused.

Becoming more mindful is also useful in supporting us with other behavioural changes. Take for example the common goal of losing some weight in the New Year. We know that eating mindlessly contributes to much overeating and consumption of empty calories from junk foods. So when we learn to eat mindfully, to bring our attention to what we are doing and the choices we are making, we become more likely to make better choices, to eat less and actually enjoy our food more.

Remember that perfection is unattainable so it is perfectly normal to slip after the first few weeks (or maybe days) of making any new resolution. When we can view this kindly as a slip (and not the end of the world), we are more likely to continue with the new healthier habit and achieve our goals, than if we beat ourselves up and are self-critical.

In general, research shows that self-criticism is an enemy of willpower. Two American psychologists studied groups of women who were invited to sample an array of sweets and chocolates. One group was encouraged to feel guilty if they over-indulged, the other group was given the message to be kinder to themselves and to remember that everyone gives in to temptation sometimes.

The women who were kinder to themselves ate significantly less sweet stuff than the others who felt guilty. Countless studies have shown that self-criticism is linked with much less motivation and poorer willpower. We really do need to give ourselves permission to be human. Self-compassion, being understanding and supportive to ourselves is linked with greater motivation and self-control.

Worth remembering next time you break the diet or skip exercising? Real success is not the absence of failure but the ability to pick ourselves up (kindly) when we fall and keep going.

We wish you a happy, mindful and healthy New Year.

Julie O’Flaherty and Imelda Ferguson are chartered clinical psychologists, both based in private practice in Tullamore. Through Mind Your Self Midlands, they run courses on Positive Psychology and Mindfulness through the year. They can be contacted through the Psychological Society of Ireland www.psychologicalsociety.ie (Find a Psychologist section) or on their Facebook page, Mind Your Self Midlands.