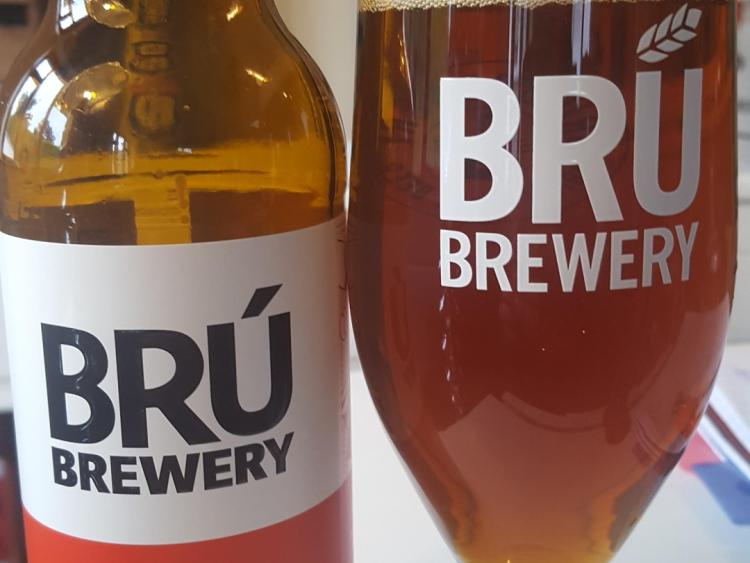 BRU brewery in Trim, Co Meath has undergone something of a transformation in recent months with 2019 seeing the merger of Brú and Carrig brewing companies to create a stronger amalgamated brewery with twice as much brewing knowledge.

Along with this consolidation has come a freshening up of all the current brewing recipes from both breweries in an attempt to re-energise the brand and strengthen public perception. Brú already has a strong branding but just like any good business should do, they've sought to build on this and move with the fast paced independent brewing market.

Of Ireland's two most famous styles of beer, red ale is synonymous with historical brewing culture here on the island and yet sometimes examples of this style have been lacklustre to say the least. Also, in the fashionable buzz of the modern craft beer movement the Irish red can tend to be a little lost and I for one think that's a big shame, considering that, when made well, it is one of the most malt forward flavourful styles there is!

Brú have decided to give this classical style a more modern appeal in their latest recipe upgrade.

Simply labelled 'Red ale', it declares itself "an aromatic red for today's drinker". Time to see if they've done the business on this one!

The beer pours on the coppery shade of red and with a decent head of staying foam. There's an immediate and welcome aroma of zesty and piney hops that greet the nose. This must be the work they've done to address 'today's drinker', aka me! It's a pleasant aroma and is quickly backed up in the flavour profile with a lightly roasted malty backbone of toffee and caramel. The balance between drinkability, hops and a toffee malt is spot on. Lightly biscuity and aromatic, the mouthfeel has a beautiful piney finish. Right up there with the best of Ireland's red ales, I thoroughly enjoyed this beer.